I decided to skip the pastries this week - pickup or delivery. And, yet, today will be about chasing the sweets. Sometime, semi recently, I box a box of these cookies.

I popped them into my 'sweets' drawer and forgot about them. Last night, I needed a cookie so I went into that drawer and found them and OMG are they ever buttery delicious!! I was two cookies in when the problem dawned on me. I have no idea where I got them! How can I get more???

Regardless, this morning I'm off to the Red Apple to find out. If no, then I actually might circle round to Trader Joe's. We'll see. All that running around, I am going to have to buy gas again. That fill up I got in February is nearly half gone!!

The baseball game starts at 11. TiVo will start it. I just checked. TiVo is having a hard time understanding that I want ALL Mariner games recorded. I seem to recall the same problem last year but there weren't enough games to worry about it. This year, it's already fucked up twice. But, it's set for today. So. Cool.

In other randomocity, I learned from

trichgal76 that another Amazon Fresh store is going in nearby-ish. After reading that, I looked and saw that there are already about a dozen open and operational but none in Washington State yet.

My treadmill has been operating flawlessly since the stoppages of a couple of weeks ago but its future does not look bright.

xinas_island has the same model. She's had hers longer and used it more and now, she reports, it's near death. But, bless her, she's already doing future research for me. She's found a nice little replacement and has it on order. Hopefully, by the time mine does die, she'll have Plan B all sussed out and ready for me to just hit 'buy'.

So our governor, last week outlined the numbers he's now using to set various phases of lock down due to COVID. He warned that any county not making their numbers would roll back to a more restrictive level. A couple of days later, in defense, he warned everyone that he'll announce any rollbacks this coming Monday. "I don't want to roll any county back. It's not me. It's the numbers and numbers don't lie." I like our governor mostly but the pressure is making him stupid. At that time, I said to the TV "Who sets the numbers, silly?? You do!" Sure enough yesterday, he changed the numbers! Now counties have to fail two measurements to get punished. I get the stress. I understand how horrible it all is for everyone but geesh. I guess I'm grateful he's not sexually harassing the women who work for him.

Ok I slept late and now it's even later and I'm not showered or dressed or have the recycling gathered to take on my way downstairs... I need to get this party started! 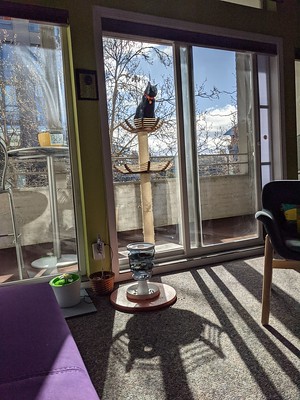 Ok, so no cookies at the Red Apple. I'm now thinking they might be from the Dollar Store. Could be Trader Joe's just doesn't have that much non-TJ branded. I may well make a Dollar Store check tomorrow. The down side of that is that I'd have to stop at Popeye's as well - oh wait that's not down...


* Are you sorry yet that you asked for all these questions? Lol

Soooooo NOT sorry! They are fascinating and most have made me consider and think of things I haven’t in ages. It’s been way more fun than I anticipated and there is more to come!

This question itself gave me pause for thought. When I started this journal nearly 20 years ago, I started ONLY because I wanted an electronic version of a paper journal. I'd kept a daily journal for years on and off - on paper. But I wanted an online one. I looked at several options and picked this one. I never thought about or considered any social angle. I did not make it private because I did not care who saw it and, honesty, assumed no one would.

I do remember the concept of 'friends' was weird because I did not know anyone else who used live journal. I also remember being very confused by live journal names. Were they male or female? (Still have people in my friends list that I honestly do not know - I learned it doesn't matter.) But, gradually, I came to find friends and welcome readers and then value them greatly.

I'm astounded and flattered by all these birthday gifts of questions.

While the Mariners were playing late innings in the background, I followed

vysila's lead and tackled the closet in the bedroom that has the hanging stuff and also is the garage for my mobility scooter.

I emptied it entirely. And filled my push cart with stuff for Goodwill + a couple of extra bags. Not so much trash but I did 'gift' the condo a card table. We have a closet out by the elevator that houses shared shit like ladders. It now has a card table. I found a bunch of 3 pronged extension cords that I didn't even know I had.

The keep stuff is now back in and organized. Biggie is playing with his "new" toys that we found. And I'm feeling victorious.

Oh and the Mariners took it in the 19th.