I need to take a return back to the Amazon return place. So, while I'm out, why not pick up some lunch. But lunch from where? Between here and there, there are more than a few delicious and easy order-online choices. Do I want poke? Do I want Chinese? Teriyaki? Bagel sandwich? And, also, my vaccination donut from KK which is, conveniently right on the way home.

That will be the thrill du jour. Nothing else on the menu.

Not even any baseball. I do still have two interesting yarn projects going on and a third one planned.

The Mariners continue to unimpress. I just got an email to take a survey about the game I plan to attend on April 7 (yes, the game that was two days ago). The survey was not only out of date and poorly written it was also poorly coded - required questions when no answer was appropriate, etc. I toyed with the idea, yesterday, about sending them feedback on my experience. I didn't because there was really no way to do that effectively. They clearly are not interested in what I thought. My sales guy might ask and I will tell him. But, as an organization, they are a mess. As a business, they seem to be doing fine so what the hell do they care...

So notes on the big news... I never heard of DMX until his heart attack. Prince Phillip's death feels like it means hers is not far behind. King Charles? I'm just not seeing it. And finally, Alabama Amazon employees nix the union. I was raised in a strictly, actively non-union household. The father of my best friend in college was the president of a national railroad union and we lied to my father about what her father did for a living. After my father loved her like I did, we told him - years later. He still did not take it well. I have feelings about unions. I was surprised that the Amazon union fight was started in Alabama. It seems like a very unlikely spot. If they really want to unionize Amazon, they would have started somewhere with more entrenched in organized labor.

Biggie turned his bed into a toy this morning and was hilarious.

I think poke. Just placed the order online. Off to get it all done now.

This time last year there was no one on the streets, traffic went from city backup to where-the-hell-is-everyone, parking spaces were every where.

Today when I went out, it was just like that. In the past month things have been getting back to normal. I've noticed a huge increase in traffic around here lately. Almost back to pre-pandemic, especially in the mornings. Until today. Today was just weird.

Also they fixed the return machine at Amazon so now it takes 2 seconds instead of 5 minutes. My poke order was ready when I got there and there was no one in the drive through at kk. I left home and was back in a jiffy. Very weird.

And... Biggie has made up with is bed/pod. This from the webcam just now. 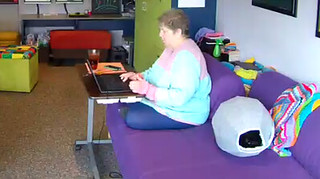 
* Which of his [my ex husband’s] qualities made you decide you were better off on your own?

We wanted entirely different things. We both wanted a wife, for instance. Someone to keep up the house, cook the meals, get the dry cleaning, etc. We were not on the same page. We were not even in the same book.

We lived in Charlotte, NC where it snowed very rarely. I love love love snow. He grew up in upstate NY and hated snow. One Saturday morning I slept late and when I opened my eyes I saw beautiful snow out the window. Maybe 3 or 4 inches. A blanket. When I got up, I discovered that he had MUTILATED the front yard beauty by shoveling the sidewalk. We had nowhere we needed to go. We didn’t even have snow tires to go if we wanted. And he had to shovel the damn walk and ruin the view. I was so pissed. He was so confused. "But I shoveled it for you. You said you like to walk in the snow and I wanted you to be able to get to it." Get to it??? Honestly, I still don’t get it now more than 30 years later.

He would not even consider my looking for a job that would require us to move from Charlotte. Out of the question. Not going to happen. No way. And, then, one day I found out he had applied for a job at the Sacramento Bee! WTF???? "It’s a great paper, it would be a great opportunity and you wanted to move, so what’s the problem?"

We were doomed 8 ways to Sunday. 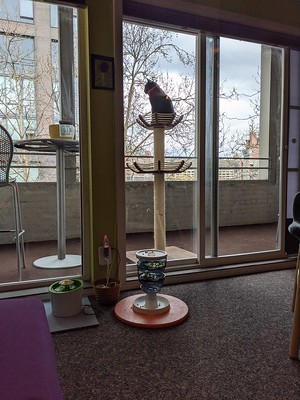