My baseball does not start until 7 tonight. Last year, because there were no fans to fuck up the non existent evening rush hour, the games started at 6 and some at 5. That was way more convenient for me. But, at least, we're starting. The Mets and Nats game has already been postponed due to positive COVID tests.

Yesterday, I did walk up to the teriyaki place and it was a very good walk. When I got there, I discovered they had made vast changes. Gone was the grungy old crowded over decorated place with paper signs. There was a gynormous - like McDonald's sized - menu monitor and all the clutter had been removed. The woman who worked the counter for a hundred years was replaced with a new woman who moved more slowly and less efficiently. But, the biggest change was the food. Not good. Edible for forgettable. I had it for lunch and the rest for dinner so still a heck of a finance value but ugh. The end of an era.

There is a much better teriyaki place not far. Not walking distance but close enough that I can get my fix whenever. And I just looked... they now have online ordering, too! So, all's not lost. And Krispy Kreme is two blocks over. Nice.

Today the walk might be shorter. I'm thinking of walking over to the ATM at the football stadium. I need cash for the house cleaner but certainly nothing else. I quit carrying a wallet or a purse a year ago. I tucked a credit card and a $20 bill between my phone and its case. I mostly only use Google Pay but once in a while I use the credit card. The $20 bill hasn't moved in a year.

Also today I'm remapping the vacuum. This involves pressing a button on my phone that says 'reset map' and then hitting the one that says 'cleaning'. The robot does the rest. I'm still astounded at how well it does. The first cleaning is also the mapping and it takes longer and more battery so it needs to go in two trips. It got the bedroom/living room and kitchen in round one. It's now juicing up and will get the sewing room and hallway when it gets charged enough. So far, I have not had to intervene for any reason. I had Roombas for years and I don't think they ever did a single cleaning without requiring some intervention from me. And the Eufy also needed a lot of hand holding.

Yesterday I got all the laundry done so today the chore list is minimal even including the 1st Day Of The Month list. So today is going to be mostly a crochet and TV day while I wait for the ballgame to start.

I think Fall. I hate Summer because I hate blinding sun and being hot. I'm actually fine with Winter and Spring is ok because it brings me baseball. But Autumn seems to say, ahhhhhh whew, it’s over - all that heat and relentless sun is giving up the ghost. Probably left over from school years, it feels like a new beginning every year - a fresh start - a chance to finally get it right.


3. Tell me an embarrassing story

I’m one of the first people I ever knew to send an email blasting a person, right to that person. It was 1993 or 4 - before email. It was an IBM inner office system called PROFS. I worked with a woman named Cindy who was just a pain in my butt. I hated the little twit. She sent out a stupid message and I replied with some very unkind observations about her - I intended to forward to a sympathetic co worker. Instead I replied.

It almost, but not quite, went over her head. She didn't really fully understand but got that it was insulting. I was mortified to my core and can honestly say that I never ever did that again. Ever. 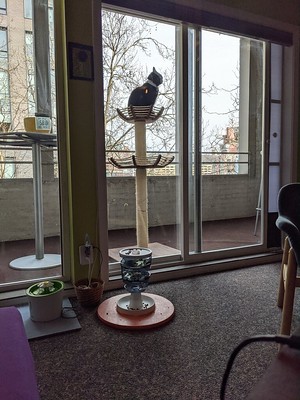