Biggie's going through a thing. He has found toilet paper. He does not roll it out like normal cats. He attacks it. A perfectly fine roll one minute and, I go to pee and the thing is in shreds. Several times now. This morning, he ran all over the house at top speed while I was on the treadmill, at bottom speed.

And then, I'm having coffee and catching up on the world when this. The world is not important, I guess, as Stickie. 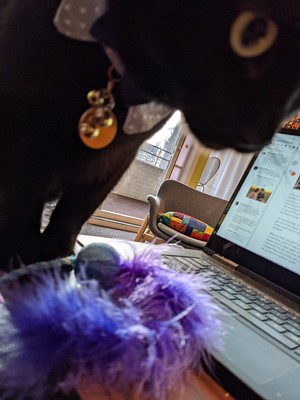 My favorite pitcher has now annoyed me. He and his wife have been in Seattle now for several years. They spend the on and off season madly going from one good deed to another. They raise money, they feed the homeless, they take backpacks to kids in need. They are everywhere with big kind smiles on their faces. I've met them a couple of times and they just seem like such cool kids. And smart. But, apparently not smart in math.

They are now pregnant. Baby girl. Due in fucking Summer. What is it with baseball players? They have four, for sure, and five if they are the Mariners, months in which there is no baseball. They can sit around and do whatever they want whenever they want. All they have to do is count backwards 9 months and fuck.

But, no, they insist on procreating so their baby is born in baseball season so the player will miss games and then every single birthday until he retires. Ridiculous.

I thought my guy and his girl were better than that. I was wrong.

But at least we won yesterday - in the 9th inning. And my favorite announcers called the game. It was a good start.

This morning I went back to Costco and got my drugs. I then walked around the store until Fitbit said I had my steps for the day.

I have monthly chores - check my FICO score at various places, update my spreadsheet with the zillow estimate on my condo, put enzyme sticks in the drains, and grease up the treadmill. These are the things I do on the first of the month.

Also, on the first of the month, I update my temperature scarf data by adding the daily high temperatures to my spreadsheet. Here's the scarf from January 1 through February 17. Each row is a day and the color says what the high temperature was that day. I use the very dark navy to separate the months. It's not going to be the most gorgeous scarf in the world but it will be fun to see how the temperature changes. 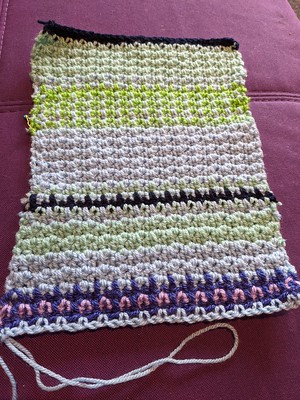 I bought Breaking News in Yuba County with my Amazon slow delivery bonus money. May save it. May watch it. No baseball until tomorrow. 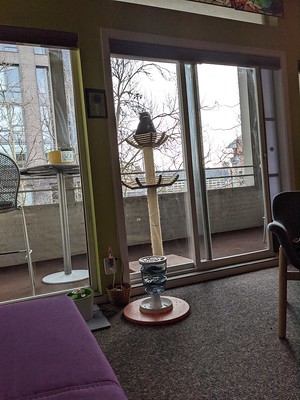