Yesterday's swim killed my arms. From elbow to shoulder. They hurt so much they woke me up more than once last night. They are a bit better this morning. But I think between now and my next swim on Tuesday, I'd be well advised to flail them regularly. Just keep them moving as much as possible. Because ouch! My neck was also whining a little. But, happily so far, my lungs are perfectly fine with the swim.

One of the problems with public pools is public. They let damn near anyone in. So they are crowded and crowded with people who might be there only to play or don't know lap swimming etiquette or just want to cause trouble. The public. And you never know if it will be crowded or not.

COVID requires reservations which is wonderful! You know there will be a space for you. They only let two in a lane at a time so you know won't have to fight for lane real estate. Oh and your swim is all paid for before you even get there. All in all, it's a fabulous system that I will certainly miss but plan to enjoy the heck out of while I have it. Controlled public.

My Wifi went out for 5 hours last night. I woke up once and saw that it was out but this morning saw the outage was a long one. I do not like that BUT at least it was while I was asleep and didn't need the internet. Everything is back and operational this morning.

I sent my buddy at the cable company a note this morning to turn on the Mariners channel which, of course, means turn on a boat load of others that I will never watch. BUT also turn on HGTV which I will. Massive cable bills between now and October but worth it. I hope.

Since my vaccine appointment was moved, I have zero on the calendar for today which is good because I have a lot of other stuff on my own todo list. I think I'll just get started on it now. 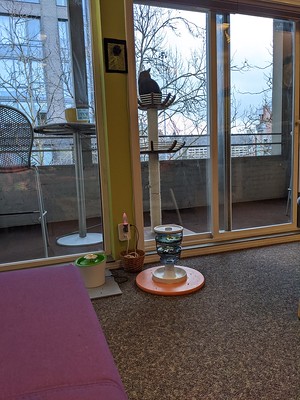