I actually got an Amazon delivery yesterday (Sunday) via the USPS! So weird.

While it was still coming down, I watched two adults and two children build a family of snowmen in the stadium parking lot. It's clear, this morning, that they were mowed down - save one - by something with tires. RIP.

It appears that my brother (

bill_schubert has joined a good bit of Texas in their massive power outage. Not generally like him to go with the flow. And I'm not sure they have alternative heat. Could be a less than fun morning at his house.

Things are melting here. But not as quickly as I would have guessed. I do suspect all the snow - at least here at sea level - will be gone by tomorrow. 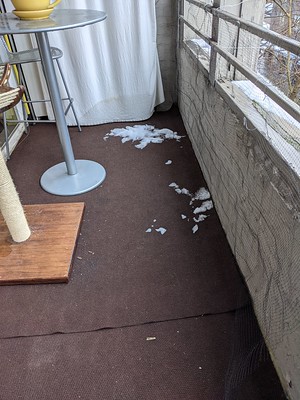 I logged into the county today as it's the day they post the real estate tax bills for the year. Mine was down $300 from last year. Quite a pleasant surprise as they have been higher and higher every year recently. The money was waiting in savings so I just paid the bill and now I don't have to worry about that again until next year.

NBC News had an interesting thing on last night's news. They had four doctors/covid experts talk about their after vaccine plans. After you have the vaccine would you fly in an airplane, hug your grandchildren etc. I, of course, had known that mask wearing would not change but I was a little surprised at the other things these people said. Turns out they will feel more comfortable doing some very limited stuff but not much. "I'd fly for work or emergency but not for leisure." "I'd hug only those who have had vaccine." etc.

Turns out they all believe that there is a likelihood that a vaccinated person can still be a carrier and infect others. Well, ain't that a sweet spot. I had not intended to party hearty or swap spit with strangers but, now I'm thinking vaccinated me will be pretty much like the me of now.

Except. I will feel a little more free to shop. I want to go to Grocery Outlet and Seattle Recreative. And I won't feel quite as anxious going to get bloodwork done and my annual physical.

AND when they open that city pool up again for swimming, I will not hesitate one bit.

My second shot is this coming Friday afternoon. I'm ready.

Also this week is chimney cleaning. I need to free my fireplace screen and empty out my fireplace (old logs which I should toss anyway), the glass doors surrounded by ugly brass and whatever else I shoved in there before I attached the screen. Should be an interesting and filthy job. Biggie will be enthralled and ecstatic.

Today and the rest of the week will just be normal, every day stuff.

After posting that about swimming, I thought to check the pool web page. I've been checking every couple of days but hadn't checked over the weekend. Today, it says the pool is opening again on Wednesday!!! I'm guessing they posted it on Facebook earlier because a lot of the reservations were already taken.

But, I managed to snag one for Thursday. I know it's before my second shot but it's chlorine and I don't care. 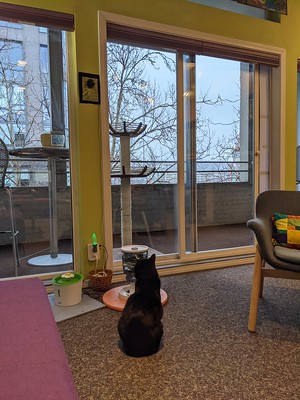