I like music. I mean who doesn't. But I don't live for it. I rarely just turn on the radio or steam or whatever to listen to music. I set up both alexa and google to play stuff I like but I never get them to do it. When I swam, I listened to an hour of it a day while I was swimming and I loved that but I have not listened to any since.

There is one artist, however, I do follow and pay attention to - Brandy Clark. She is the only performer I'd actually pay money to go hear but, when she comes to Seattle, she plays in places that aren't handy and her concerts don't even start until my bedtime. So, not an option even in the before times.

BUT, now she has an online Ryman Auditorium concert! March 6 - it starts ta 5 but is also available for 24 hours after. $15. Just perfect. Tailor made for me.

At Christmas, I bought a ticket to the Seattle Men's Chorus Concert. It was a mess from start to finish but I just considered it a donation to a charity and enjoyed that they tried. This Brandy Clark concert is different and I'm quite excited about it. Now I just need to decide what to wear. hahahahaha.

No sign of yesterday's snow. And no sign of snow so far this morning. Every weather source has a different idea of what is going to happen in the next few days. Should be interesting.

I have no place I have to go.

Ugh. I just got a reminder that the real estate tax bill will be posted on Monday. I expect it's going to be around $6,000. After that will be the federal income tax bill which I'm guessing will be about $5,000 for the year. At least, after those two, no more gynormous bills until December. Unless Biggie decides to eat more plastic.

Yesterday, during the snow, he figured out how to get around the bird mesh and get on the terrace ledge again. Twice. I fixed both entry points and he hasn't gotten back up there but honestogod that cat has a death wish. I think he needs a feline playmate but he's not getting one.

Now I think I'll go take a shower and maybe even start a load of laundry. Exciting stuff!

This is why Amazon gets all my money - they totally earn it. And I'm very grateful.

Biggie has 100% cracked the netting. I cannot stop him. I can block him but he quickly and easily figures out the way around the blocking and hope up to the ledge. I'm actually afraid, now, that the netting will prevent him from safely falling back onto the terrace if he gets spooked so I'm probably going to take it down.

I need wire. Chicken wire. I could go to Home Depot and get a roll and then cutters and then gloves and then try to get it down to the size I need. But their website says that my store only has a gynormous roll available and it's green. Wonder if Amazon has anything I could use...

They do!! For under $20 they will be sending me a roll of wire that is pretty much the perfect size (the area is 13"x173") roll of wire PLUS wire cutters and gloves!! I have twist ties and zip ties for attaching. So this little package will be perfect. 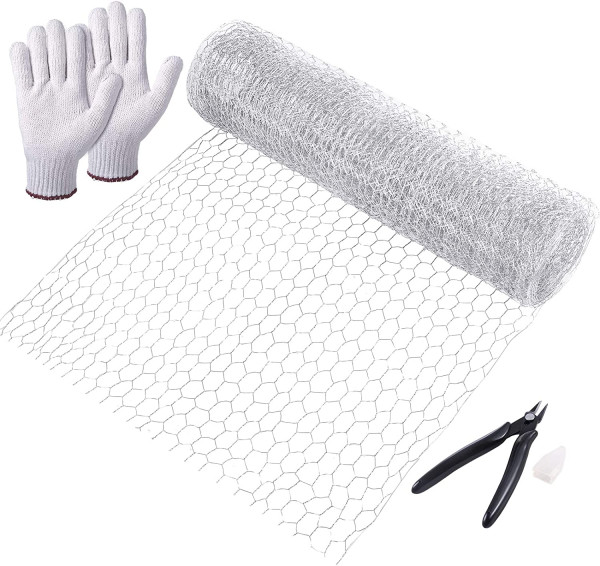 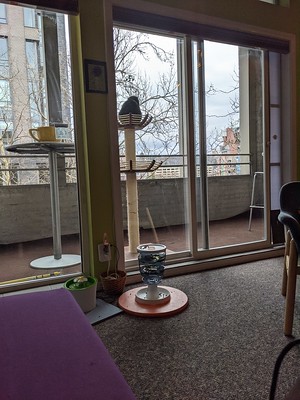