Half of yesterday, I thought it was Tuesday. I was so pissed at Britbox for not dropping the Tuesday-promised episode of Traces. I had everything ready for the house cleaner. I was good and properly Tuesdayed. So today is a real Ground Hog Day for me. Hahahahaha.

I got an email from MyChart today that I had a message. It was another time travel incident. The email said that my 2/25 appointment with my doctor had been changed to 2/25 - same time, same everything. The weird was that I had it on my own calendar as 3/25. Ooops. No clue why they sent me the message, but thanks! It's my annual visit. And no biggie except I like to get the lab work done ahead of time and that would not have happened. At least it will be after my second vaccine so I'll be a little more protected from the perils of being in a building with sick people.

So now that it's not Wednesday... Laundry is all done. The Traces episode is waiting for me. Also I found two more seasons of Silent Witness. A favorite of mine. Then this morning, I read that the next season of Line of Duty - one of my all time favorites ever - will have 7 episodes instead of 6. Dead Brits. My wheelhouse. Steamy goodness.

I do watch a whole lotta non-US police procedurals. I like fiction and not true crime. I like cellphone contemporary* not old stuff. Most are British. Some Australian. All with closed caption turned on. Traces is Scottish and there is one character who's accent is particularly jarring. It's not mentioned in the plot and it took me a while to figure out that she was talking American!

*There's a temporal line in crimes and crime solving that is crossed in the 1990's when cellphone became a human appendage. Before that is one kind of world and after is a completely different kind. I like the after, better. I call it cellphone contemporary.

I an very much enjoying all the snow pictures all over the internet. We so rarely get snow here any more and when we do, it's a dusting. No more good snowfalls and while I love everything else abotu Seattle weather, I do miss the snow.

Biggie with is yarn work. 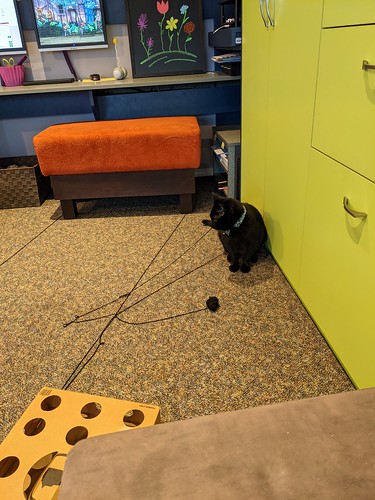 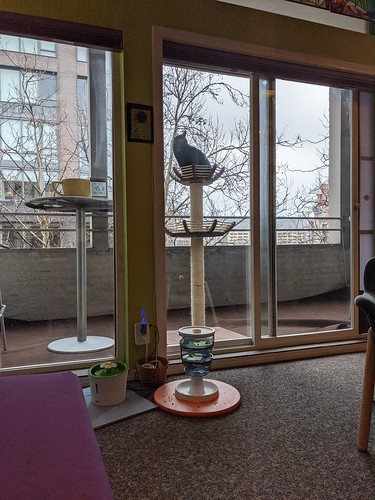