One of the reasons I got a new Fitbit was the health stuff. (Yeah and shiny new tech) I'm not big on medical tests because I don't want to know the answers but I would like a heads up if I'm going to die. And at 71, that's more of a possibility than not. This watch tracks a bunch o' stuff like breathing and temperature while you sleep. And now, it can measure my heart rhythm. That last bit they just turned on and so I was able to try it.

And, turns out, I got rhythm!! 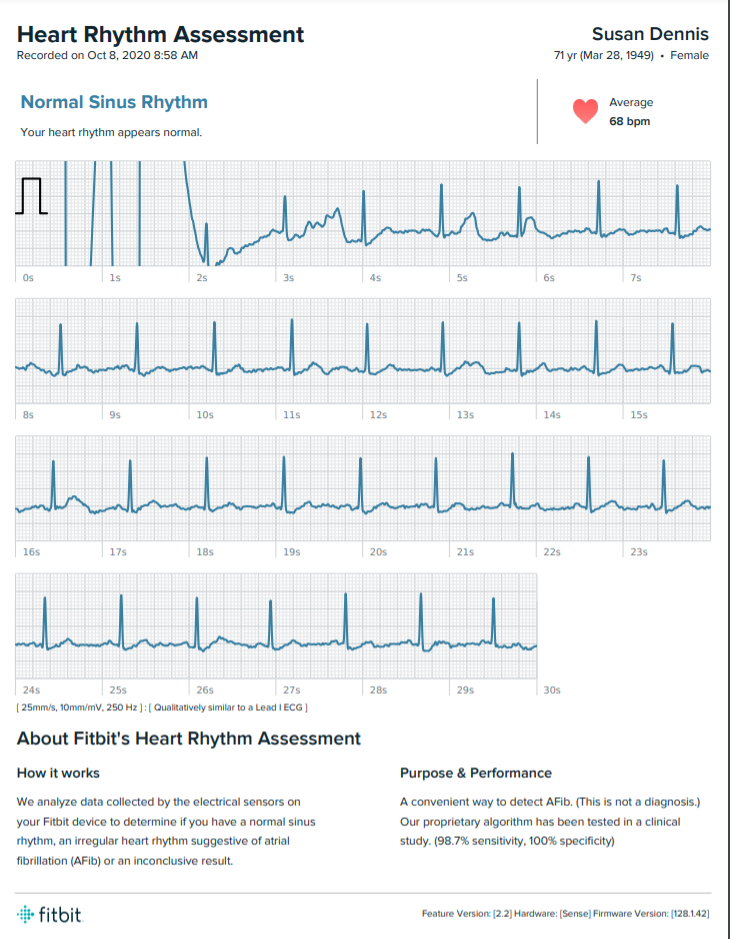 Pretty darned cool. Good about the rhythm and good that I can check it without a doctor looking over my shoulder in case it's not cool and, yeah, it's a watch so accuracy?? Who the hell knows but I'm amused and that's what counts, right?

I finished a good book this morning on the treadmill and now have to find the next one so that's on today's list. Also laundry.

We've now had more than a week of the bird netting on the terrace and it's actually turned out to be the perfect solution. I can barely see it. Biggie has totally forgotten that he ever wanted to go on that ledge. He spends less time in the cat tree than he did at first but is still up there several times a day just to check. I cannot believe I lived here for 30 years watching cat after cat on that ledge when all it took was $14 and an hour to fix. And probably 30 years ago it was only $7. ha!

Watched another interesting new TV show last night - FBI Declassified. I hate reenactment TV but this turned out not o be that at all. It was a logical and interesting reveal of a kidnapping case that happened 7 years ago. There was no melodramatic music or drama inducing narration, just a straight reporting of what happened. It was really very interesting and very well done. Another nice notch in Fall 2020 TV. I'm looking forward to the next episode.

So ya know how when you go get your hair cut, you don't know until you shampoo it yourself whether or not the cut was a success? Turns out cutting it's the same when you cut it yourself. This always surprises me. I don't know why.

I caught myself in the mirror this morning and clearly it was time for a touch up. So I just laid the paper towel across the sink like

legalmoose taught me and pulled out the clippers. I'm pretty sure I cut way too much off the top and not enough off the sides. Particularly the left side. It looks ok or nearly ok now but tomorrow, after my shower, will be the real test. Do I need to pull out the wig? Or maybe just knit up a new hat or two, or will this work... 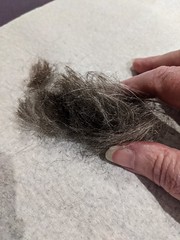 My automatic shades are good quality Hunter Douglas shades. They were not cheap. They were the second set that I bought from this guy Justin. So when they got all wonky, I contacted him and asked for help. I specifically said I wanted to 'pay' for his installer to come fix. Justin never mentioned a price and, honestly, I expected him to just comp me the fix on my 'good customer' credit. The guy was here for 30 minutes but he spent 10 of those bitching about how hard it was to find parking.

I was a little annoyed to get a bill for $165. But, I had not asked the price so I pay what I'm billed. I thought the job was worth $100. I paid the bill via Citi Bank bill pay.

Today I get a voice mail from the woman who sent the bill asking if I had paid it and saying there was an error and she's sending a new invoice. $195. WTF??? Now that's some shitting dealings right there.

I spend some minutes deciding if I wanted to make a stink about it. I looked up to make sure there were plenty of other automated blinds/shades people in Seattle. Turns out, unlike when I first got automated blinds, there are now a biscillion options and even more than a handful of official Hunter Douglas representatives in the area. So I called her back and told her that I didn't think that was too kosher, but whatever. I told her to tear up the check and put it on my credit card (at least I'll get cash back).

Hey, Justin? Nice doin' biz with ya, bro, until it isn't. Tanks for the memories.

I've got two really good new audio books downloaded from the library - they are different so if one doesn't make it, the other one will.

Now I need to go fold the clean laundry waiting on the bed. Then I'm going to take the rest of the day off.

I found an excellent BritBox show yesterday and I want to get back to it. The Bay
Collapse