Weekdays are bringing more people to the streets during my walk time. Going to work type people. This morning, every single dang one of them was wearing a mask even if they were nowhere near close to anyone else. It was impressive. I generally wear mine from my ear and flip it on if I'm passing someone but never do I get closer than 6 feet anyway. Today I was shamed into wearing it just in case someone saw me! I love that.

Then I got home and saw on Twitter "At this point, wearing a Mask in public is more of an IQ test." I b smart.

Also on my walk today. There's a story here for sure. 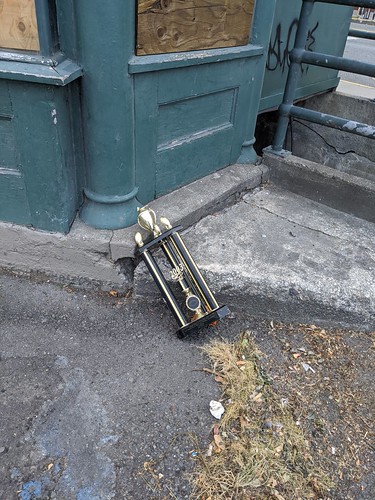 I was supposed to get my new computer - the replacement for the last new computer that I returned - today. But, it looks like it's coming tomorrow instead. I'm ok with that. Today will bring my backup shoes and white gorilla tape. I like spreading the excitement over a couple of days.

The gorilla tape is to, hopefully, improve the stability of my air conditioner vent situation.

Two phone aps I use often are Overdrive (for listening to books) and Alexa (for tweaking my house). They are both blue with white circles on them. I wish one of them would update with a new graphic. 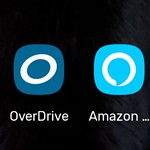 There was yet another shooting in the Capital Hill Organized Protest. 1 injured. 1 dead. I'm very glad I do not live near there or need to go near there. What a mess. I'm going to want more groceries probably this week but I think I'm going to find another QFC for pickup. Or maybe by then it will be gone. Probably not.

No action here today. Just the usual. I found an interesting series on Amazon Prime. I've only watched one episode but it was a doozie. Undercover from BBC.

Just looked over... Biggie's arm action is killing me. 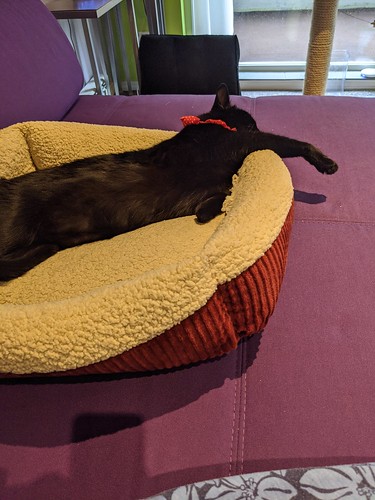 BUT, at least for once, his stomach hair is all grown back in!
Collapse