I've been waking up without alarm around 6 every morning since I stopped swimming. I get up and put on my walking clothes and hit the street. Until today, it's been cool and comfortable and light without direct sun. But today was not nearly so cool and while my route is in the shade, the sun is definitely out. I'm wondering if maybe I need to ratchet my schedule to earlier. It's hard enough to do my walk without having to sweat, too. On the up side whatever was causing my nose to run faster than my walk every morning is gone. I didn't have to stop to blow my nose once this morning. A first.

The sun and heat make my little inklings of wanting to go somewhere just disappear and get replaced by wanting to shut the door, lower the blinds and turn on the air conditioning and stay put.

This morning's walk found two stores with their plywood down. One had it disappeared all together and looked exactly like it did in January, ready to open for a regular Friday. 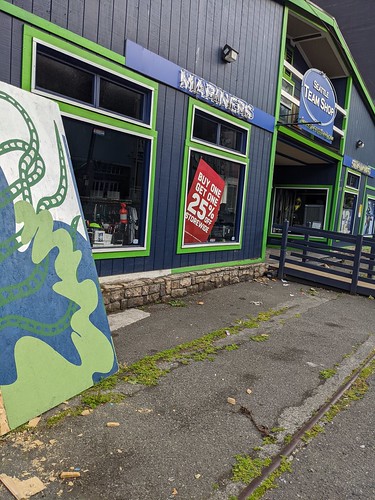 A third had every window and the door covered in plywood and a sign printed from their computer on the door that said "NOW OPEN". Weird.

I finished a great book yesterday and am having a hard time finding the next one. That's today's project. I downloaded 4 yesterday from the library. One had a narrator with a voice like a serrated knife. One had two many indistinct characters in the first 20 minutes. I was lost before I got started. One was one I'd tried and rejected before and forgot to add to my rejected notice and one was just too dumb to listen to another minute of. Sigh. The hunt continues.

I just saw a tweet that King County (our county) has been cleared to move to phase 2 by the state. That means house cleaner!!!!! On the other hand, the mayor has extended the Everything Closed order to the end of the month. That's no libraries, no in person city services, no community centers, etc. Our numbers - positive tests, deaths, hospitalizations all continue to trickle upward.

I have several small todo's on my list today in addition to finding that next read but nothing huge.

First I have to take a shower. I hate dried sweat as much as I hate sweating!

Biggie and Stickie will likely just continue their nap. 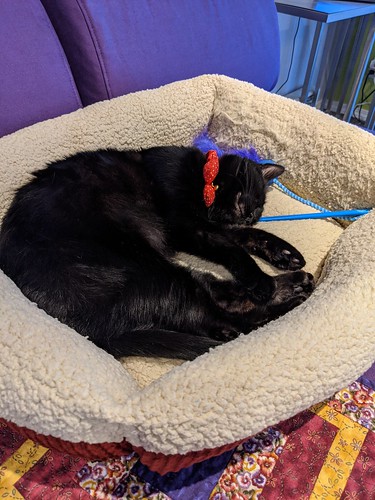