So now Trader Joe's is kicking in on the Get Me Out Of The House conspiracy. I have not been to Trader Joe's since February. I held onto the last Orange Chicken until last week and now it is gone along with everything else TJ's. My TJ shopping list isn't terribly long BUT it is all things that you cannot get anywhere else.

They closed down the closest TJ's last week when the staff got into a big fight with HQ. HQ just said fuck it, store closed. (It's the one near where all the protests are as well as the now famous Seattle encampment.)

But, there's one not too terribly much farther. But no delivery of any kind. They do have old people hours every morning at 8.

Their instagram this morning boasted that for summer this year, they have lemon chess pie. I love lemon chess pie so much. And it is a very rare find - especially in this part of the country.

So, I think maybe, tomorrow at 8, I'll suit up and give it a go. Or maybe I'll wait and go next week. Maybe.

Meanwhile, our COVID numbers here in this county are going up. Not drastically but steadily.

*1,532 people have been hospitalized, up 11 from yesterday

I'm not sure this reflects the protests quite yet. I expect next week's numbers to show those aftereffects.

And, like the rest of the country, the government is allowing more stuff to open up anyway.

I think my neighbors are moving back in. Last June, a year ago, the people above them were doing renovations and they hit a water pipe. Massive damage to their unit forced them to move out. Insurance negotiations stalled the repair at first and then when they were finally making headway, COVID. But, yesterday, I saw they were moving some stuff in. If I liked them better, I'd be glad but they are kind of Mr.and Mrs. Dickhead so I'm only marginally interested.

The unit between mine and theirs was also damaged BUT it's owned by a guy in Arizona who was between tenants and had planned to renovate anyway. They are finishing up in there and yesterday, laid the carpet. Thump thump thump thump all damn day long. I'm dying to see all they've done. The owner promised me a tour when they are finished. He's rather flaky but maybe I'll get a peak. 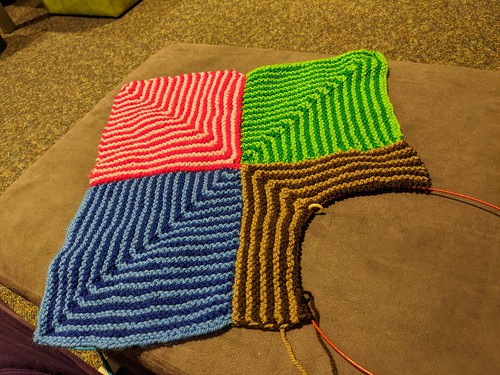 Meanwhile, because he knows he's not supposed to, Biggie has sprawled himself over the first square still mounted on the blocking foam. Sigh. 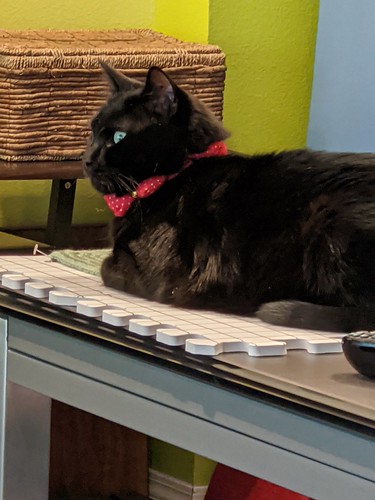