Biggie still hates to have his nails clipped but we have come to a workable compromise. In the mornings, for a bit, he'll snuggle in while I'm at the computer. He lays across my arms. I can get one arm out and get the clippers. He lets me squeeze his paws and clip one nail. One only. One a day. It's actually a doable system. We got a thumb nail today. He hates those the most. 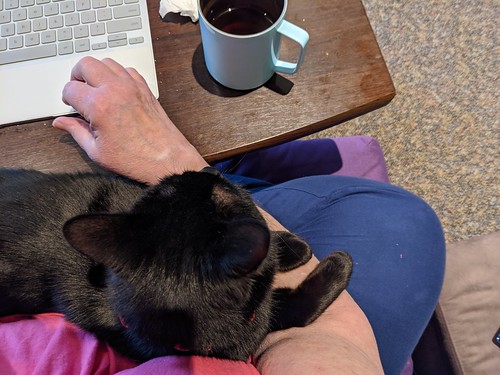 It's getting warmer on my walks. My first couple of walks in March, I had to wear my heavy coat and a hat and gloves and a scarf. Today I wore a t-shirt under a hoodie. It was nearly too much. I'm not sure if this storefront is done or not. 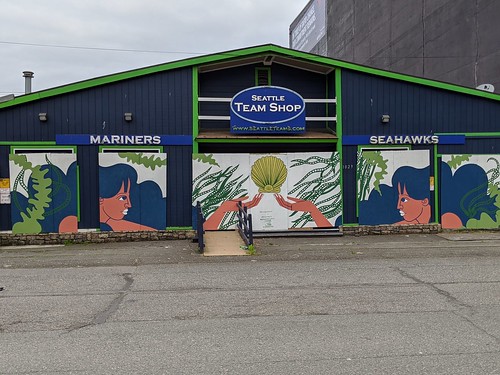 It's dramatic that's for sure.

I think today's project will be yarn. I have a couple of projects in mind and I need to get a handle on what I have and cull out the stuff I'm never going to use. I might even make a run over to Goodwill to empty out my donation bin. I should do that while it's cool and maybe it will help with the yarn culling inspiration.

I am also at the end of my make ahead breakfasts so I need to make some more of those.

My first Dinerly order arrives today. 3 different dinners (for two). I've read over the recipes and have decided that I will, at least for these 3, go through all of the steps. No short cuts. The main point of Dinerly for me is to find new dinner ideas and try new things. Kind of misses the point if I build in short cuts at the get go. So no. step by step.

Now I'm going to step by step into the shower and get going on the day.

I went threw every single pile o' yarn in this house and ruthlessly culled all but the very best - best feel, best color, best chance of being actually knitted or crocheted. I filled 4 tall kitchen bags with the rest. I killed 3 works in progress. There was never going to be any more progress.

I rediscovered two works in progress that actually have a future. I have two more in progress as well and a third planned but may actually be still born with that yarn going to something else.

I had nearly 10 skeins of sock yarn that I might, someday make socks out of, but the stuff was butt ugly. And I hate working with ugly yarn. It must have been one hell of a bargain.

I also emptied and reorganized my bag that holds hooks and needles and stitch markers and stuff.

Then I broke my pledge and left the house. I pilled everything into the car and drove it to Goodwill. They had a great set up. Cars lined up and they let about 4 in at a time. There were giant cardboard boxes. You drove in and emptied your stuff into the boxes and drove out. It was all very orderly and nicely done. except for one couple I saw in a car unloading stuff, all the workers and the rest of the donators all wore masks and most wore gloves. 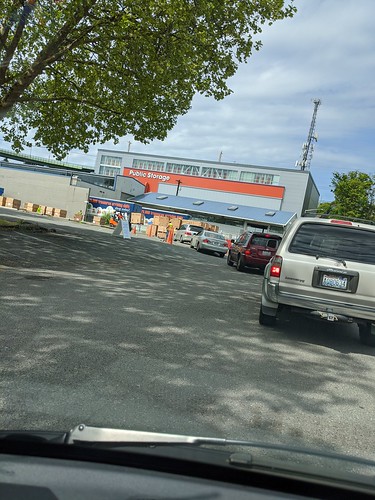 It was sad to see the store closed. I was dying to pop into Uwajimaya, which is on the way home, and pick up a poke bowl for lunch but I was good and just came on home.

I cleaned up the mess I'd made and then made 6 egg and cheese quiche muffins which just now came out of the oven and look delicious.

Eufy is doing the living room now. I really wanted him to do the back rooms but he ignored the magnetic tape. We may have to have a chat.

I changed up Biggie's litter box yesterday and he's been a trouper about it. He's a litter kicker and he was making a mess. So I ordered up a box with a rim on it only turns out that box is way smaller than the one he's been used to. On the up side, it means I can put all the litter stuff (the bag holder, the scoop, the whisk broom) all inside the litter box cabinet which is fabulous. It looks so much nicer. Thanks, Bigs for dealing with the change so gracefully.
Collapse