Back in the olden days when someone was talking on the phone and you tried to call them, you got a tone known as a busy signal. That was it. No message leaving, no nothing. Just a beep beep beep. In an emergency, you could dial 0 and get an operator and that operator could break into the conversation. What a different time.

If you had a favorite TV show. You made sure your butt was in the chair (after you had walked up to the TV to turn it on and set the channel - no remotes, silly) at the appointed time. If you weren't there, the TV show went on without you and your chance was gone. Except during the summer they usually showed reruns. But not always.

I remember exactly when and where I saw my first home recorded TV. I remember it like I remember where I was when I learned that Kennedy was shot (French language lab).

I was an avid watcher of soap operas. Only I had a day job. So I mostly had to give them all up except All My Children. I kept up with it through friends and magazines and the occasional time when I was home during the day. It came on at 1:30 so sometimes I'd grab it with a late lunch.

One day,in the early 80's, my husband asked me to pop over to his boss's house to pick up something on my way home from work. We were friends with his boss and boss wife but not BFF's. I got there about 5:30. She asked me in while she fetched whatever it was. I stepped into her living room to see that All My Children was on the TV. WHAT???? It was 5:30. What had happened? Why was it on so late. I was shocked. She said 'oh, I tape the show every day on my beta max.'

In an instant I grabbed the entire concept. And the very next day I went to Sears and bought one. (I would have bought one that night but Sears closed at 6.)

Except for news, and some sports, I have rarely watched TV live since. Every once in a while I read or hear someone reference watching a show when it airs and I think, how odd, how quaint.

All this is on my mind because I've been waiting for this century's version of live TV. Showtime dropped the first episode of the 5th season of Billions today. And they won't drop the next one until next week. Soooooooo last century.

And such a dilemma. Watch it today? Save it for mid week? Save it and batch it with other episodes? I'm only holding on to my Showtime account for this Billions season. I'll let it go and then buy a month of CBS All Access for latest season of The Good Fight - already in progress.

On Sunday nights after dinner we would all get into our pajamas and get ready for bed and then gather in front of the TV so we could see the latest adventures of Hoss and Little Joe on Bonanza. I've loved TV for a long time.

It's kind of chilly out. I don't mind a bit. And it's windy. I need sun glasses on my walk, not for the sun but to fight the wind. 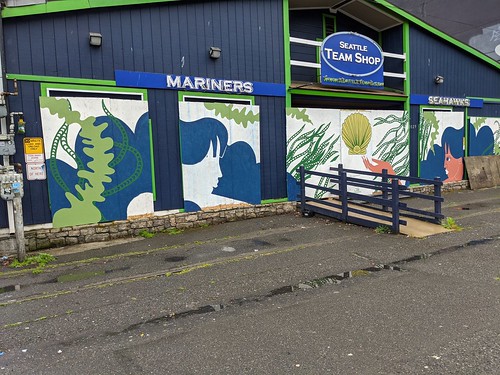 One thing I love about these murals is the signatures. I find them on Instagram and see what else they have done. I cannot imagine what a thrill it must be to create something like this and then have it there to drive by and see whenever you want. Seattle has always been a great mural town but this pandemic has turned it into an outdoor art gallery that is just wonderful. 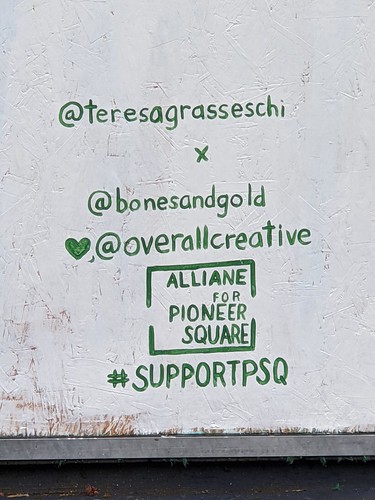 Oh and the promised PayScale finito 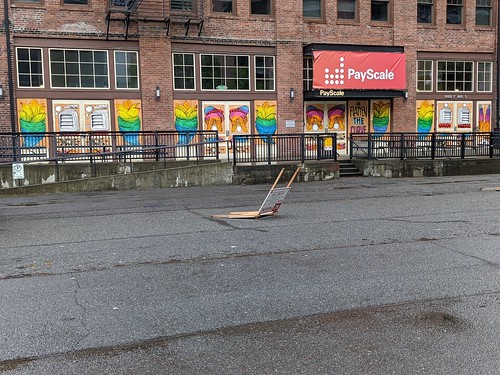 I never got much sewing done yesterday. So that's top of today's agenda. For me. Biggie is busy with bug catching. Some, I'm convinced, are imaginary but it's keeping him busy.

I'm at the end of a book so I'll be hunting for the next listen. And there may be treadmilling. no promises.
Collapse