Errands. I want about 3 things from Trader Joe's but I can't seem to get there. I think I'm going to take the bull by the horns today and just go. I have some Amazon returns and that's in the same direction as Trader Joe's so maybe I'll just do it.

I did a massive clean out and inventory of the freezer and fridge. I found this really simple app that does just what I wanted - no more, no less. It feels like I just might keep up with it this time. At least it feels good know to know what I have on hand.

The new hooks and the last curtain panel should arrive today. While I do love them, they now make my comforter look out of place. It may be just getting used to it all. Worst case, I get a duvet cover for the comforter. But then, in Summer my quilt is going to clash. Life is so hard.

Biggie is tearing-ass through the house. He's full of beans today. The Smalls is hanging out on the heated toilet seat. This is where he goes when his insides don't feel good. He does seem a bit perkier today than yesterday but that may just be me wishing.

Biggie needs his nails clipped big time. But, he won't let me. I can get one if I catch him off guard but never a second one. He's got a couple of major needles. He's also now nearly too big to wrestle with. I think I'm going to get out the collar he wore after surgery and see if that helps.

I finished watching Next In Fashion on Netflix. So good. In all the episodes, I heard only one minorly critical thing said by one designer about another. And the final two designers were both deserving of the win. Way different than Project Runway which is some clothing creation squeezed into hours of contestant snarking and melodrama. I do hope they do more seasons.

I think maybe I'll do a load of laundry. I've been batching it and doing serial loads but that's getting old. I think I'm gong to try Just In Time laundry for a while.

But first I need to get dressed. 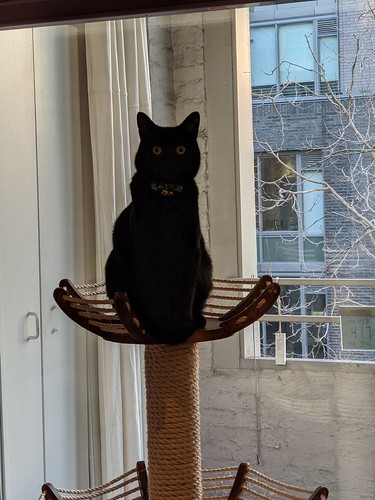 And The Smalls came out to catch some rays. 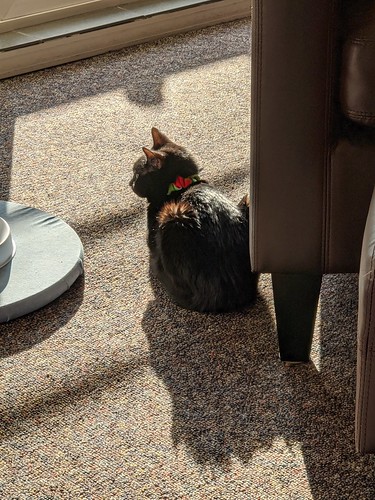 The hooks arrived as well as the final panel and all is done. And it is good. 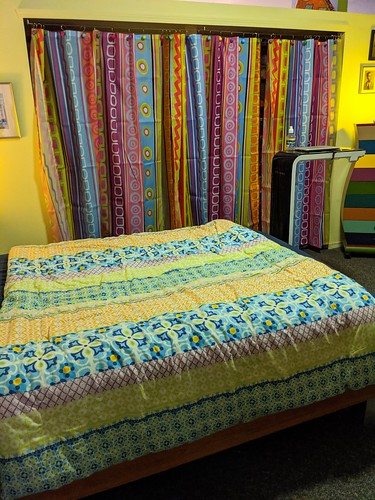 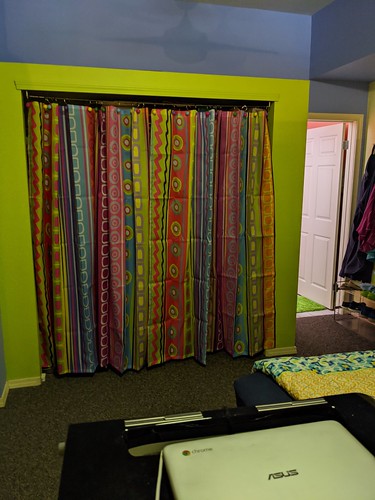 Clearly I need to dig out the steamer and make those creases disappear but the ball hooks are exactly perfect. I always get such a chuckle out of design shows on TV that have to stick to calm colors in the bedroom. Not me!

And I finally got to Trader Joe's and I did laundry and I wore out the cats. They were both very helpful with the curtains. The hooks came 12 to a box so five boxes in a box. They lost their box minds but were sorely disappointed when the ball hooks turned out NOT to be cat toys. Now they are resting up for their next adventure.

Dinner is ordered from Door Dash. I could have gotten something for dinner at TJ's but I was enamored with getting out of there with a jar of Everything Spice and two vanilla cakes. The latter is in the cataloged :) and in the freezer.