I have a President's Day Brunch date at one of my favorite restaurants that I never get to because it's in the middle of Pike Place Market. Driving from here is ridiculous and parking is not doable during business hours. Walking is a bit of an old lady stretch and there is no longer a bus from here to there.

But today I'm off to Cafe Camagne but first I'm going to stop off and check out the new-ish downtown H-Mart. Will report back.

I caught one of those this morning. (But, the sign at the stop said they were moving it on February 22. It's new home is not really even close to here, so we are now back to no buses.)

Then I walked over to H-Mart where I wandered around. I had not been in the downtown one. It is a smaller with a smaller snack aisle. And the snacks (chips, crackers, candies) are the most fun. My haul wasn't huge but sufficient. 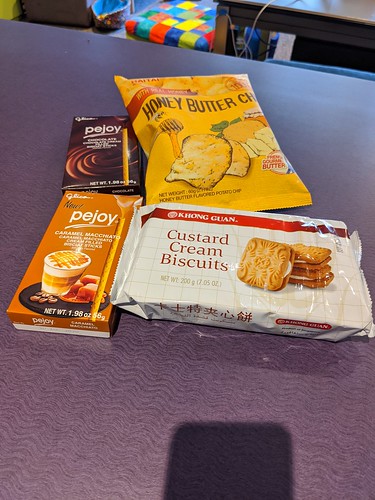 Then I had an hour to kill so I murdered off part of it in Sur La Table where I found this little tart pan with the pop out bottom on sale. It's the perfect size from my one-egg quiches. 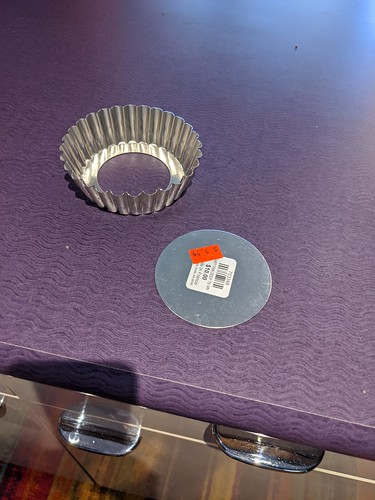 Then I killed the rest of the time in the courtyard next to the restaurant. It was nice but also pretty chilly. 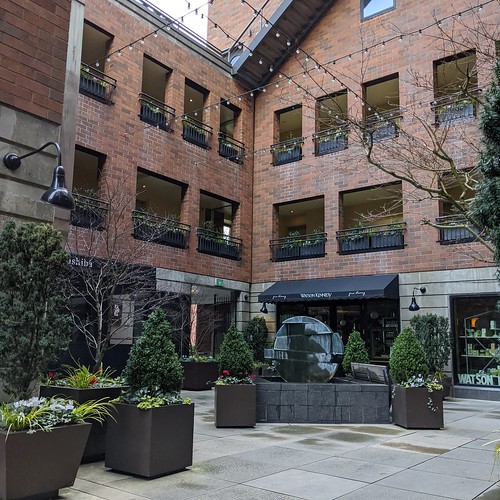 Frank got there just as they were unlocking the door. We had French food and it was good. Very good. The coffee was also French. Not good. But, hey, no biggie.

Then I went to the yarn shop. I wanted a gauge measuring tool - aka ruler but fancy. They didn't have exactly what I wanted but they had a good one so I got it. 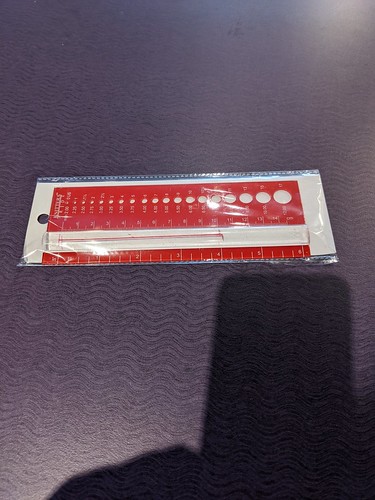 On to the light rail where broken glass in the elevator (coming back up to street level) looked like a city street map. 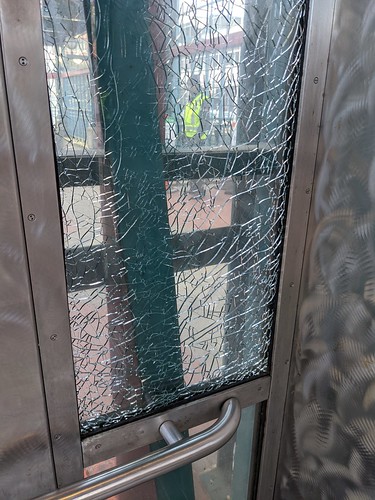 And, on to Tous les Jours - the new Korean bakery conveniently located between the light rail stop and my house. 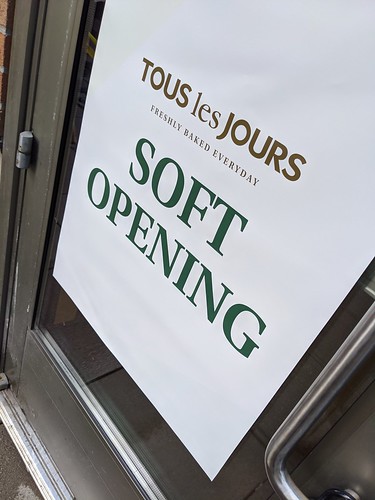 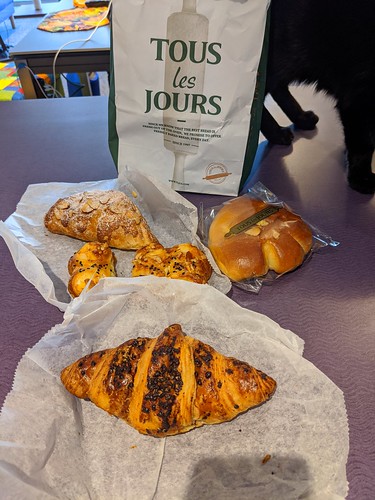 I need a guy with a cart like this pup has. 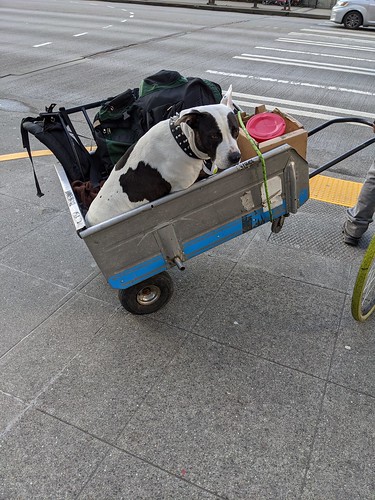 But I did make it home actually on my own in good shape with a very happy Fitbit.

After a hearty feeding and some hopping up and down, these two are settled in for the afternoon. 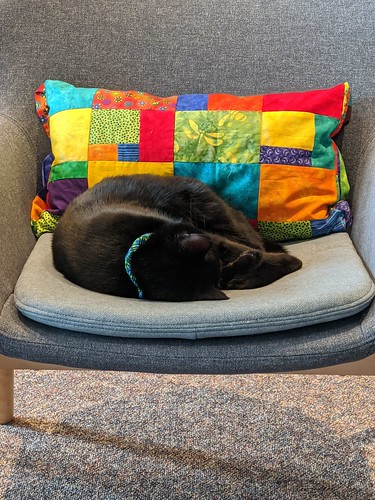 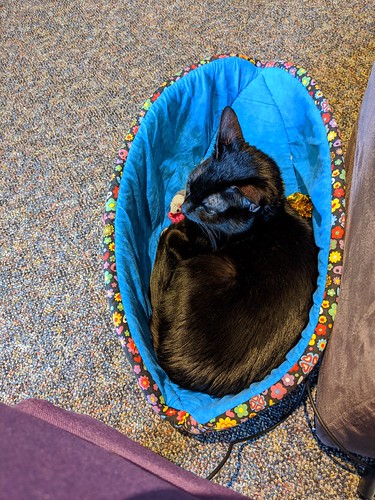 And now I'm home. Happy. Full and with a delighted Fitbit.

An excellent day and it's still only 2 pm!
Collapse