I slept until 8 am which is getting up early, I think, for a lot of people. For me, it's sleeping the day away. (I usually go to sleep about the time most people are starting their evening.) I do feel rested!!

christopher575 solved the food delivery problem! Turns out GrubHub totally gets my wanting to order ahead of time. And, they deliver from exactly the place I wanted last night. So next time... yeah!! (And, advertising...

christopher575 gave me a promo code and I'll bet if you want one and drop him a note, he'll be glad to share more.)

The sun is out this morning and so that gave me the nudge that I never did get the automated shades properly sorted. I now have checked every single last thing in the damn chain except replacing the batteries. They take a total of 48 AAA batteries which I do not have on hand. So I have to go run some returns to Amazon this morning and Home Depot is across the street so I'll pop in there and get some batteries. I replaced them all last May but I did use cheap Amazon batteries so probably time to step up my battery game. If that does not fix the problem, I'm going for a hired gun.

Biggie is high atop his perch checking out the 'hood. I just moved Stickie 1 inch across the carpet making not one single tiny bit of noise and he whipped around to see what was happening. He's just so hilarious with Stickie still.

The Smalls has gone back to bed. He never does that. Biggie will, now and again, but not The Smalls. I hope he's ok. He did beg for and eat a fine breakfast.

The sun is out now but it's supposed to rain later and then every day for the next 10 days plus some weather models have snow and snow showers every day starting next Wednesday. At the end of summer the weather predictors were saying we'd seelots of snow. I think those snow people had better get on that because the window of opportunity is on the downward slide now.

I think I'll get dressed and get my errands done sooner rather than later. No reason not to.

Here's a baby picture of The Smalls. 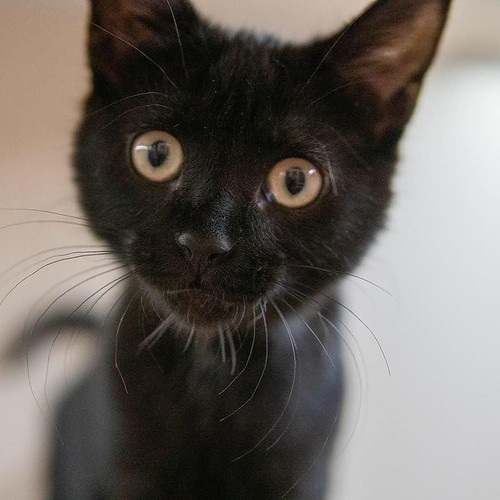 I got batteries and then proceeded to kill 5 hours trying to get these fucking shades to work right. I am so frustrated. 50 new batteries (each of the 4 shades takes 12 each and the remote takes 2). Turns out I think part of the problem was actually weak batteries. But most of the problem is 2025 technology with 2005 hardware and software. I finally got 2 out of the 4 working some of the time. And that's it for today. I'm over it. I'll get back to it tomorrow or Monday.

Meanwhile The Smalls is fine. He and Biggie had a NASCAR Saturday and even managed to knock one of the sofa boulders off and those things are ridiculously difficult to move at all.

Plus, the new toy bin is now the new cat bed... 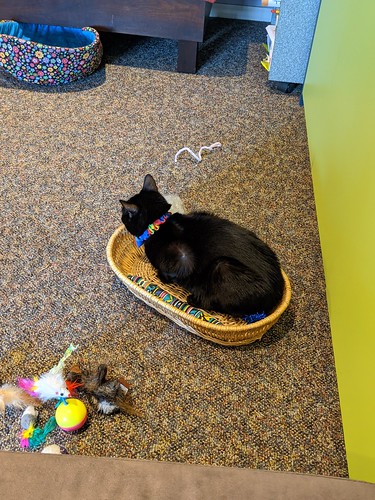 I think we have a new dictionary example of the term 'Losing situation'.

I've now had a little lunch... a half of peanut butter/mayo sandwich - my comfort lunch - with the last small handful of chips.

Now I'm going to pick up the toys... again... clean up the kitchen and then sit down for some quality time with the TV and my knitting needles.
Collapse