I spent my entire swim deciding what to do after I got out. I finally settled on a trip to the Dollar Store and Popeye's. I needed 4 things that started with S - spoons (knives and forks), sponge holder, shower curtain liner, and spices (dried parsley. Then I was going to pop into Popeyes and this time, I was going to remember to also get slaw. Another S!

Then I got into the car and on my way and hit a detour that was way out of the way and at at the end of the detour, I was nearly at the bridge as opposed to way down the road south to Popeye's. While sitting at the red light, I decided fuckit. I don't need any of that crap. I can get it another time or do without it all and the chicken and the slaw.

And I came straight home. I made breakfast and decided to write up a quick LJ entry and then get the kitchen cleaned up and a tricky part of my crochet done before the game starts.

I sat down to write and decided to clean up my Instagram account first. I know that one day - probably sooner than later I'm going to have to abandon it. Facebook is going to fuck it up completely or require logging into Facebook or some other chicanery and I'll have to shut 'er down. I enjoy Instagram a lot but Facebook gives me the creepy heeby jeebies. My plan is to take all but the essentials out of my feed and, hopefully, then make weaning easier.

Then, when that was done, I decided to work on some techy stuff that involved a spreadsheet script and Google analytics and it was very confusing and involved. I think I did it right but it's not reporting like it should so maybe I didn't do it right but it ate up a good hour and a half either way.

And the kitchen still has dirty dishes. Sigh.

That is next. And then the baseball game. And then... who knows?? 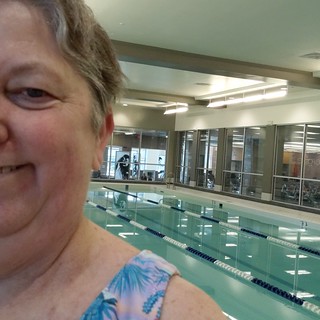