When my Dad died, my Mom and I started some rituals. She lived in Charleston, SC and I lived in Seattle. We'd talk on the phone every day and swap emails throughout the day. One of our common bonds was baseball.

Once, when she fell or got sick, I don't remember, but needed extra effort, my sister popped out of the woodwork and decided that she need to talk to Mom's doctor and talk to the retirement home staff and she sent an email out to me and my brother telling us that she was going to 'get to the bottom of this'.

My sister lives (then and now) in a world where she is supreme ruler and dictates all. My brother, was (then and now) always ready to step in when needed but not one to insert himself frivolously.

So one morning on the way to the bus, I read my sister's email which pissed me off no end and then saw a reply to her from my brother which basically said 'BACK THE FUCK OFF and do it now!' Because he is he, it was kind and polite and firm and convincing. He pointed out that since I was there for Mom every single day in a very on point kind of way, her insinuating herself into the situation around me, was unneeded and unwarranted. (She backed the fuck off immediately.)

I appreciated the gesture and the note so very much. But, one part of it is the reason for this entry.

As an example of our connection, he wrote: "She and Mom watch baseball games and then discuss the results every morning in deep conversation about that most boring of all games." (My sister holds herself way above anyone who enjoys professional athletics.)

Cut to this season. His son (a rabid Red Sox fan) and I planned a baseball extravaganza here for my birthday when the Mariners played the Red Sox. My brother came, too and so, came to the games and heard our talk and enjoyed it all.

And, now, stays up late, listening to Mariner games. He even has his favorite player!

And, just like with Mom, baseball has put up well worn footpath of connection between me and my brother and his son. My brother is in Texas, my nephew is in Iowa, I'm still in Seattle. We have different lives and different loves. But we share baseball. We come together nearly everyday to text about wins, losses and plays. It's a gift we all cherish.

The Most Boring Of All Games, my ass!

I slept long and hard. Last year, I tried the early morning swim after ballgames and finally decided that I did not need to do that. That decision helped both the enjoyment of the game and the next day.

My next two games are day games which are great in May. Way better than in August.

I may or may not go out today. I'm thinking poke would be fun for lunch. I could do that with a trot over to Uwajimaya and I have a couple of things I want a Daiso (which is across the street) so I might do that. Any farther adventures, like getting into the car, would mean spending money that I really don't need to spend so I think maybe I'll let the car rest. But my walking shoes, might get a tiny little workout. But, they don't put the poke bowls out for another hour or two so there's no hurry out the door. 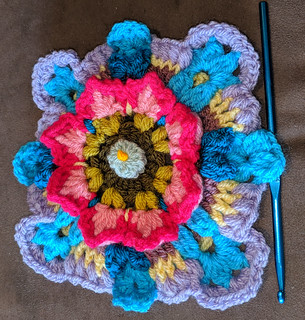 Crochet can be so loose and lacy which I do not like. This is so dense and texture-y which I do like. Also, I think it will hang nicely which other crochet does not. Soooooo I'm thinking maybe, finally, I'll have something fun to decorate or replace this black fireplace cover. 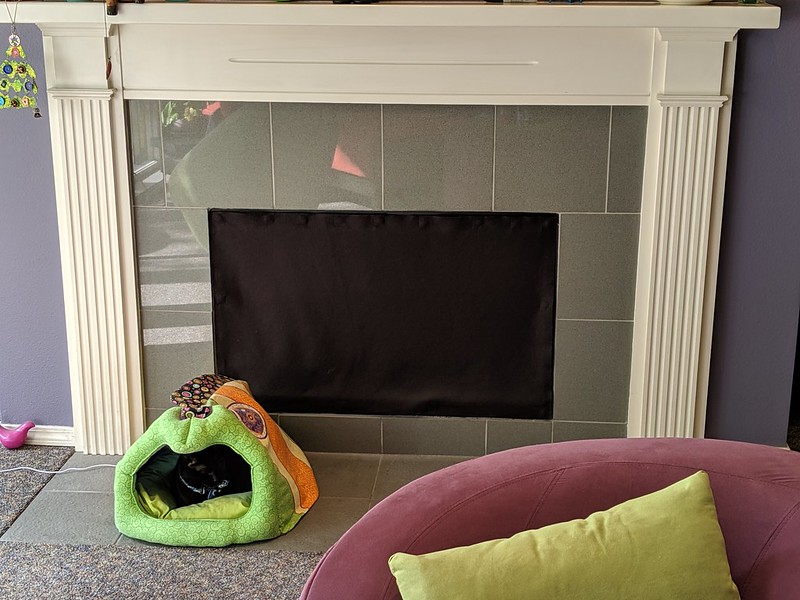 Gratuitous pic of Zoey there chilling in her fish house.

Time now to get up and put my ballpark stuff, which I dumped in the hallway last night, away and get on this day.
Collapse