My TiVo got a major update yesterday and it's like having a whole new tech toy. They had a MAJOR update about a year ago which it has now taken them a year to get right but it's good now. The menus are way better and it does not take a bascillion button presses to do what I want to do.

But, mainly, the big diff is auto skip. The last biggie added in skip. When the commercial starts, there is a beep and that tells you to hit 'SKIP' on the remote. You hit it and the commercials disappear. Last fall they added the ability to pair it with If This Then That to automate the process but it was a really bad work around that I gave up after the first hour. But, now, they have built it in. When the commercial comes on, you hear the beep and then instantly the program starts again. It's pretty freakin slick.

The problem is, after a year of hearing the beep, my hand still goes to the Skip button. I have to concentrate not to. It will take a while but I think I can do it. Sadly, to make it work for baseball, I can't start watching until the recording is finished. This would make most games start for me, sometime after 11 pm. So... I still have to wait 30 minutes or so to start watching and then manually fast forward through the commercials just like in times of old.

I think I might pop by Costco again this morning - to return the goggles. I think I'll strap on the serious shoes and make a walk out of it. I was going to save it until tomorrow when I need errands to fill the time that the house cleaner is here but, heck, I could use the exercise today and who knows what will happen tomorrow.

Thing that is driving me nuts:

People who clearly believe that impeachment automagically and instantly means removal. It does not. If you want the president out of office, the fastest way, at this point is to vote someone else in. Impeachment proceedings will not make it past the Republican Senate and so will not end in removal. And, while impeachment proceedings could embarrass and even humiliate some presidents, it would, at best, be only a minor annoyance to this one. I have got to stop listening to NPR.

Also... Joe Biden - Bernie Sanders... are they the oldest whitest guys we can find to run? I'm all over the wisdom of age but seriously... I am done with really old white guys in government. Done. Again. I need to get NPR off my car radio.

Yesterday I stumbled on Addiction Solitaire. I used to play it years ago when it was called Montana Solitaire. The name change is appropriate. I can't stop playing. At least I'm now over Pogo so there is hope.

Two more condos in the building sold this week. Both at fairly healthy prices although one was $30,000 below asking. Both are about the same size as my unit but have only one bathroom (I have a bath and a half). They have walk in closets, I don't. They are on lower floors. One sold for $555 and one for $585. Today, one on the floor below me with the same configuration as those other two, went on sale with an asking price of $750. Thousand. This even though Seattle real estate has cooled off considerably and there is now a nice supply of condos available in this area. Wild. Just wild. 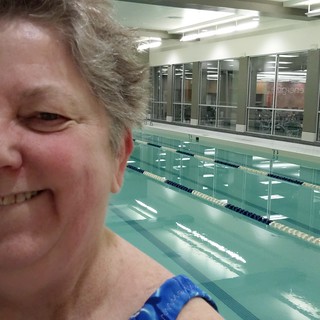 So I did take the goggles back to Costco and got there just as the doors opened. The return line wasn't too long and I was done. I went looking for sunglasses. you cannot try them on, of course, so I just grabbed the cheapest pair. I did notice on my way out that the return line was now well out the door...

I unboxed the sunglasses at the first garbage can there by the door so I could dispose of all the packaging. I put the sunglasses on and they immediately fell off. I put them back on and WOW!! They are amazing. Too big for my head, but they give me an amazing view with zero glare. I mean zero. And glare is a biggie with me since I have permanent lenses in my eyes and they are that great with bright.

I wore them home and fell in love with them. When I got home I fixed the too big with tiny rubber bands and seriously. I love these glasses. I need another pair - backup/car glasses. I went onto Costco's website and can't find them. They are Kirkland brand so I won't find them at any other stores.

So now I have to go back to Costco's ... again. Oh well. I can go tomorrow. This time I will keep the packaging a mine it for data. I'd love to know what makes these glasses so great. I've never put on a pair of sunglasses and saw the instant improvement like these. wild.

In the last home my parents shared, they had a lovely master bath. Not huge, 2 sinks, shower, toilet. BUT the sinks were in a large vanity that had lots of drawers and shelves. Almost all of them were empty. Unused. Unneeded.

That became my goal. I want drawers and shelves that are empty. It's just the height of luxury to me. And, I am actually getting there. Not nearly close but if 10 is where I started and 1 is the goal, I am now a 6. Maybe even a 6.5.

But, today I was reminded of one of the big reasons for the goal. I have shit I don't even know about. I have two lower cabinets in the kitchen. Corner cabinets that have those lazy susan thingies in them so you can cram more shit in. And they are both crammed. I needed a square storage thing with a lid and thought I remembered one in there. So I dug. And found 5 PLUS a whole set of toaster oven pans - the ones I've been looking for at Goodwill for a month.

I need to get in there and pull all that crap out and organize it. That's what I thought to myself. Well, self, why don't you do it right now? It's not like your busy schedule is has you racing off to an important meeting this afternoon.

So I did. I pulled everything out. I had to get my long handled grabber thing to get the stuff in the way back corners but I got it all out. And found some cool shit. And found 7, that SEVEN, empty Fiji water bottles. WTF? And stainless steel shelves for my microwave that I never have and never will need or use. And a pile of other stuff.

I kept out 10% of it and arranged it carefully on the lazy susan shelves. One side is cooking and cleaning stuff the other side is small appliances and storage containers. The rest of it is gone. Two full 13 gallon bags o' crap are now in my wheely cart to go to Goodwill tomorrow. A good bit went into the trash and two pieces went to outside storage.

Of course, come the empty Fiji water bottle shortage of 2020, I'm going to be mad that I tossed those suckers out.
Collapse