For some reason, the details of which elude me, today's swim was the best in ages. My breathing was perfection and nothing hurt. I wasn't bored or ready to quit after 30 minutes. I just enjoyed it enormously. And I'm taking it as a sign that this is going to be just an excellent week.

I don't have details on that either. I know Wednesday is house cleaner day and Thursday is a Diamond Club baseball night. But otherwise, it looks to just be a regular week. Maybe just a regular week with nice, rounded edges.

I do have a bunch of house hold todo's I want to get done today. Little things that are easily put off. But, not today. I'm going room by room and doing them all. Also a little laundry. Otherwise the usual. I'm saving my errands for Wednesday. Goodwill/Costco/grocery...

Ok second cup of coffee is done so I think I'll just get going on those Dija's.

In our house growing up, we did not have Honeydo's we had Dija's - Did you do xx? Did you do yy? - we just called them Dija's. No, you can't go anywhere until you've finished your Dija's. (As I type this, I keep using the upper case D and the apostrophe s and I have no idea why. It's not like spellcheck is going to be hip to this Dija stuff.

Reminds me of the time that someone - maybe someone here on LJ - asked me how we spelled the name of the imaginary friend that my sister and I had when we were little. Ok, 1. let's not dwell on the fact that we were not imaginative enough for each of us to have our own imaginary friend* and 2. yes, this is the same sister that I have not seen or spoken to in more than a dozen years. BUT... yes, we had one single imaginary friend that came to our tea parties. Her name was Ms. SippyCookie. And, nope, I have no idea what the correct spelling of that is.)

I got no Mechanical Mens so I'm going to have to do my Dija's myself. I'm on it. 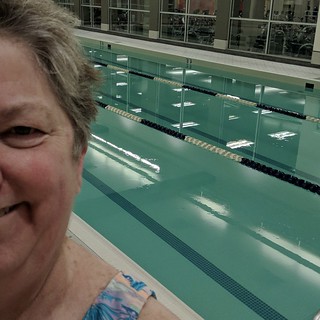