I still have not heard back from my house cleaner so I do not know whether she will be skipping today as I requested or coming today. I could have called her I guess to make sure but I decided I cared less about what actually happens than making a phone call warrants. I amuse myself at the lengths I will go to avoid talking on the phone.

Regardless of whether she shows or not, I think I'll still go out and do the things I would do to get out of her way anyway. I have an Amazon pickup and then a check of the Goodwill store and probably a swing by the grocery store for apple slices. And... if I park far away from all those places, I think I can probably count that as my walk. Maybe.

The person who uploads the British Sewing Bee and sticks a link to it in Reddit gave me a bit of a scare last night. Usually it's done by 7ish (my time) on Tuesday. Last night there was nothing. That same person was uploading other stuff just not the bee. Last week it was a different file format but the browser didn't seem to mine. I thought maybe this week was the week that it just stops.

But, there it was. Episode 5. This morning. Whew. It's a treat saved for later.

Yesterday, periodically throughout the day, I kept getting these full screen advertisements on my phone. One was for Facebook - nfw. One was for Audible touting free books with a membership - I've had an active Audible subscription for a decade. There was no way to tell where these things were coming from. I had just installed the monthly security update and I thought maybe Google had ticked the wrong box somewhere. Finally after about the 5th one, I started googling around and finding nothing. Then I started forming a question in the google forums and so ticking down the few troubleshooting steps I could think of... Any new changes to environment? The update. Any new apps. No. Oh, wait!

The 'free' video editor. I thought, when I opened it up originally that it was weird there were no ads. Now I get it. Uninstall. I need a way to stitch together short videos but clearly that's not the way to do it. The 'free' app did it nicely but blasting random ads based on bad data makes it a bad choice.

Ok, enough putzing. Time to get this day started. 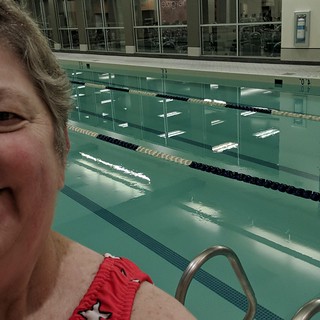 Yes the house cleaner came "I didn't look email. I forget." It was fine. The house smells wonderful and looks better. PLUS I can make a mess this week because she's coming next week so that she won't be here when my guests are here.

And, yes, the Fed Ex delivery arrived and it is a lovely package of Mariner tickets all bounded nicely and in a nice box. Zoey approved. 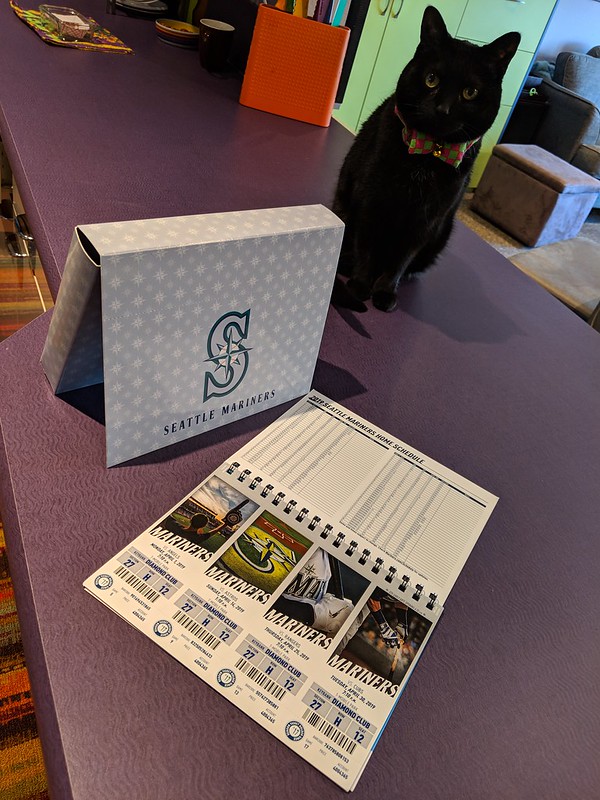 When I went down to get the package, my favorite Father Christmas Amazon driver was making a delivery. He started looking through his packages for mine and I said 'no, this time it was a Fed Ex delivery' and pointed to the Fed Ex pile. When I had it and turned to come back upstairs he put on a pouty face and said

"I feel like you are seeing another man and I'm jealous and a little hurt."

I'm doing laundry and I got out another tiny room kit today. But, first, I organized all my tiny room stuff. I thew out stuff I will never need and batched up the rest and put them in a box I can get to if I need more tiny stuff. Then I set out the minimum for the next project and got the first glue going.

I love love love my washer dryer. It is so much nicer and quieter than my old one with a bigger capacity and not nearly as fussy. Yeah!!

Still on my agenda is watching the sewing bee but every time I get started, something else comes along!
Collapse