restoman has supplied the answer to my slap-in-the-head dryer door situation. I need to raise it up a bit in the front. Totally doable a number of ways but I think the best would be to scootch up those front legs. I need to get down there and see if they have any room left to go up a smidge.

I learned from the whiny installer guy that this machine has self leveling back feet and adjustable front so, hopefully, that will be an easy fix. YEAHH!!

In other big news. I have my channels back. Last September, when baseball ended, I cut my cable TV back to the very basics. It cut my bill in half. Now it's baseball season again. In order to see the games on TV, I have to get the expanded package. Hello, HGTV! And a bunch of other stuff. At least til next September.

Also, finally, my complementary MLB.TV subscription kicked in. I get it as part of my Diamond club ticket package. The TV part is their giving me the sleeves out of their vest. I can see exactly ZERO Mariner games on it due to black out rules. But I can get the radio broadcasts which is helpful since this old concrete building gets zero regular radio waves.

Today is the first TV broadcast game except it's probably going to get rained out.

The cover of my right side mirror on my car is missing. I wonder if it didn't get knocked off in the car wash the other day. I sent an email to my car guy about a replacement and it got sent back as non deliverable. John has been my car guy since my car was 6 months old. He's old enough to have retired but geeesh. I mainly liked him because he would answer my questions via email quickly and efficiently. I found the service manager on the Mercedes web page and sent him an email that didn't bounce back so... hopeful.

I think I'll make some bears today. I have a few already done that just need their heads sewed up (by hand) and some stitched but not stuffed and others cut out but not stitched. So plenty to keep me busy.

But, first I want to get dressed and then see if I can raise up the laundry center, carpenters (really old, obscure reference there). 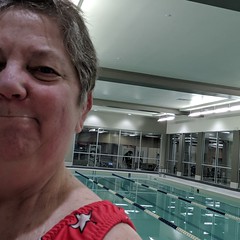 I did hear back from the service manager at the Mercedes place. The good news is that my guy is still there, although does not work on Fridays, and has a changed email address. However, they can no longer get the part my car needs. This does not portend well for my Smart Car's future. It didn't take long for Mercedes to disown the Smart Car kid after they adopted it. Bleg. Oh well. I found the part in Germany on Ebay and ordered it. At least they still love the Smart Car in other countries.

The guys came from the appliance place about 11. Their attitude from the get go was way better than yesterday's. Way better. I think they didn't have the appliance chops of yesterday's team but I'll take a good attitude over most anything. They actually got it fixed fairly quickly. Then they couldn't get it back in the closet and plugged in and then they finally got it done and pulled out the slider board and the door wouldn't stay open again. It was two hours of that over and over again. But, finally, they got it. YEAH! I sent the store a thank you note. Next time (pleasegod, let's NOT have a next time), I'm going to buy a slider board and just have them leave it there.

In the middle of all the washer shenanigans, my CPA called. I can no longer deduct the fees I pay him or my financial adviser. In fact, I have so few deductions now that the new tax code makes it a better deal for me not to do deductions at all. I get to pay $1,000 a year more this year in federal tax due to the new tax law. I get to pay $4,000 a year more in federal tax next year because of the required IRA dispersal at age 70 and a half. The federal government wanting to remind me 'you can't take it with you'.

Ichiro who, in baseball terms, is older than dirt now, just hit in two runs in the Mariner game. I love Ichiro.

The UPS delivery from Amazon that I could not account for, turns out to be a new tiny room! It's the one the company sent me to make up for the torn wallpaper. A companion for the one I just finished. Now I have three new ones to pick from. Which to do next????

I just had a sandwich made with the rest of the $5 chicken I got at Costco. Why in the world I don't get one of those every single time I go there is a mystery. It is truly the best deal in town. Two dinners, two lunches and I have a baggie of the bits in the freezer for my next chicken pot pie.

Check out the washing machine dudes... Yep that guy is literally surfing my dryer up there... 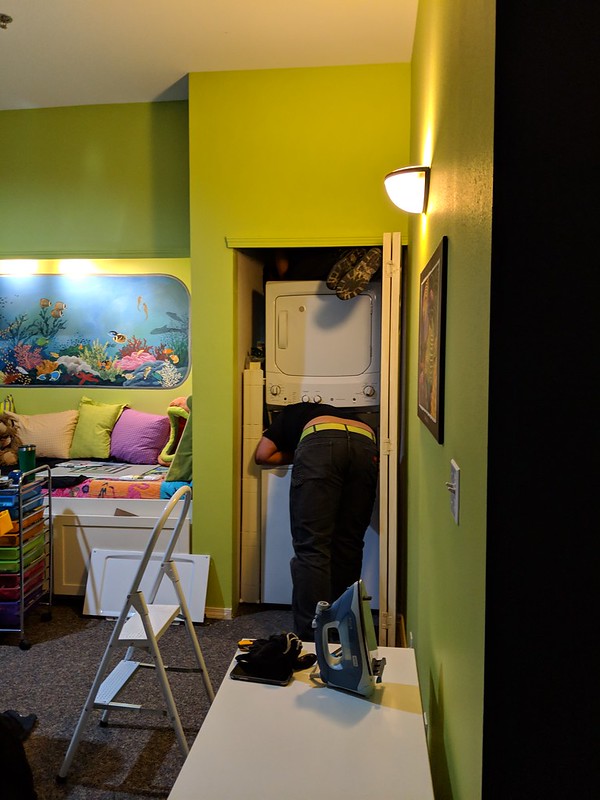