I got a new set of flatware yesterday and I grabbed a frying pan.

The flatware was really the reason for the trip. I thought they sold some flatware in single pieces but that was wrong. Frank and I both tested all the forks for balance. We only found one that was not horrible. Turns out, however, that one was also one of the most visually appealing options. So I bought it.

I have now tested it for two meals and... we have a winner!!! The fork has really really nice mouth feel - both sizes. I'm such a happy camper about this.

I've had a frying pan issue for some time. I had a good set but the handles are bolted and kind of lose so I've been on the lookout for replacements - a big and a little. I've now gone through several. I have an induction stove top that works via magnets. And, so, if the middle is bowed even slightly and out of the magnetic field, you get no sympathetic heat. I've learned to saute in a ring pattern but no fun.

I used the new frying pan this morning and it is PERFECT! Solid and flat and so has a way bigger cooking surface that my other pan that is even bigger. Happy Happy. Goodwill, pans commin' at ya.

I have a music player for swimming that I love. I thought the battery was dying in it but discovered this morning that the player is fine. The operator is flawed. Apparently, I had not charged it up when I thought I did. I carefully charged it yesterday and this morning, after my swim, there was still 77% left which is perfectly acceptable. Whew! I was not relishing any of the options if it was dying. But it's not, so yeah!!

So far this morning, since I got home, I've eaten breakfast and piddled on the internet. click here, look up that, open that tab, forget why I wanted a new tab, look up this, click on that... the usual drill.

They are predicting snow this afternoon/evening. I'm sure it's all prediction, no precipitation as usual but I'd love them to be right.

I think I'm going to go make a few bears and then probably settle in for TV. I have CBS Sunday morning to watch and then Victoria. I have 3 episodes saved up. 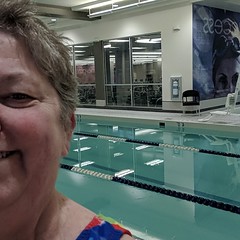 Outside my window now is kind of snow and rain mix. It's really more rain so not beautiful coming down but, hey, it's way more snow than I've seen recently so I'll take it!!

Just finished breakfasts for the week. 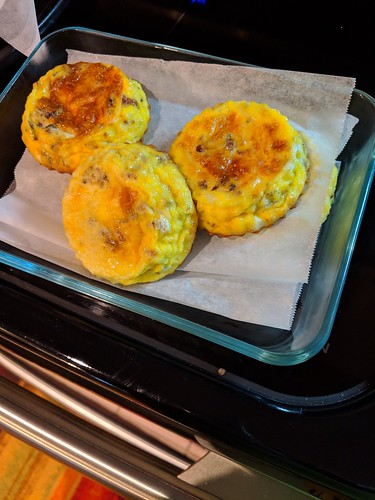 The little 'cakes' are about an inch or less high. Eggs, cheese, cream and bacon. Baked for about 30 mins at 350. Then into the fridge.

In the morning, I'll pop one out and nuke it for 30 seconds and put it in between english muffin halfs. That's this week taken care of!

Wonder if I'll be snowed in? We have real, authentic snow flakes now. Pretty. 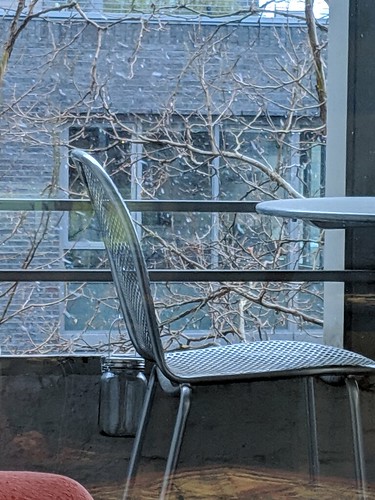