My first choice would be to have ears that never get infected and a clear shot from here to the pool and back without bumper to bumper traffic. I love starting day in water.

But... I think my ears need to dry out for a day and I can't stand to sit in that traffic again. Although, most of the relief from my route is on hold. They will open the tunnel on Monday BUT not the key ramp needed to move the people clogging my road along. Initially they said that it would be open a week later. Now they are saying 'a week to 10 days'. Slippery slope.

On the upside, I got to sleep in. I have always been a morning person. Always. In school, I got up early early to do the homework I had ignored the night before. In my working life I was always the first person in the office every morning. Always. I've never been able to or interested in staying up late at night. Just nothing there for me. But, mornings, yes. I love the dark melting into light. I love the quiet. I love the coffee. I love getting up and getting things done before dawn. And then having the whole rest of the day available.

There's a kid - Marques Brownlee (MKBHD). Well, young man, who's tech review You Tube videos I started watching years ago when he was in high school. He was so good at explaining stuff back then. Now he has grown into a brilliant young man who has carved out an genre all his own. It's been fascinating to watch.

Anyway, his Instagram stories show that he's in Seattle (from his home in New Jersey) and I'm dying to know why. I would have a truly teen aged squeel if I saw him on the street. (However, since I rarely go on the street, that's not a likelihood.) Still, what's he doing here?? hmmmmm

I learned to knit with I was six and have been knitting ever since. I used to do a lot of embroidery and teach macrame. I have done a lot of crocheting in the past year. But, nothing, nothing, nothing I've ever done could match what this lady's work. Holy crap. Is it real or is is memorex??? 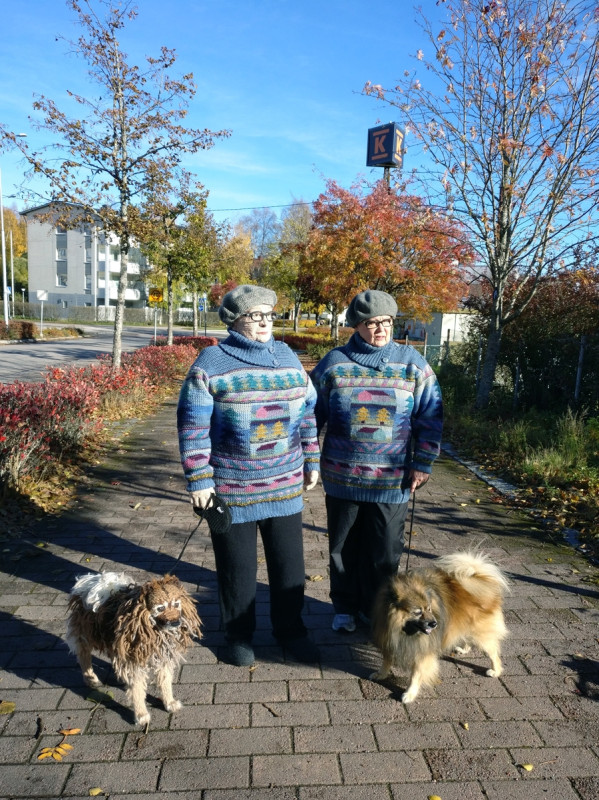 One detail that might be missed by non-yarn people is that the sweater on the real person is knitted. The one on the knitted person is crocheted. I think that's a bit of fiber humor.

Like the women above, a lot of my bears look alike so I think I'll make more :)

I just realized it is 4:15 and I have not even touched the handle of my front door today. I haven't been outside this condo at all. And, I've had a lovely day.

I made great bear progress. I got a bunch cut out. And, I discovered, that while I still think felt eyes/nose are superior, I discovered that a black sharpie does great and is way easier and faster. I ordered some felt circles from Etsy and I'll probably switch to sewing those on when they get here.

It's a fun project and when I'm done, I'll make a net gain of one giant drawer, some closet shelf space and 2 whole hall shelves. Take that Ms Kondo!

And I did all the laundry, folded it and put it all away. Whew. oh and I cut my hair. Successfully. One of the benefits of cutting my own hair is that I can clip a little here today and a little there tomorrow and just trim it up in fits and starts whenever I want. It's so handy. And in the back, The Mishap is nearly 100% camouflaged by grown in hair.

Tomorrow they are having an open house of sorts for the new tunnel and the old viaduct. I have a ticket but not much enthusiasm for the event. However, I may charge up my scooter and ride over to check out the sitch. After my swim. And, probably, breakfast.

Right now I'm going to finish up the Ted Bundy thing on Netflix. I remember thinking how very cute he was back in the day. He was only 3 years older than me. It is fun to see the old Seattle footage and hear from the locals today. Of course, the ending is no mystery... :)
Collapse