Very rarely do I wander back through the 17 years of entries I've made in this journal. Usually it's to verify or find a date when a thing happened. Never just to re-vist.

But this morning I did. 10 years ago I was slogging my way across the street to the gym every day. God how I hated that. I made myself do 30 minutes on the treadmill and cheated whenever I could. I was working from home so without the gym, I probably put in maybe 1,000 steps a day. Maybe.

But also 10 years ago, I got my very first GPS device. It provided directions on a screen. I do remember the freedom it gave me. Now I could go wherever I wanted and if I got lost, No Big Deal. Even if I got in the wrong lane, big whoop, the device would show me how to get right again. I loved it. I think I traded up one time after that to a better device before the phone took over. I cannot imagine trying to go anywhere while map/tracking now.

Well, I can get to the pool and home. This morning, I really watched the time and cut my swim short and really too short. I could have done another 100 yards, I think. I did beat the traffic on the bridge quite nicely. Tomorrow, I think I'll try to get in that extra yardage. 4 more days to go. 3, if I take Friday off again.

Today I'd like to make a real push for getting the miniature house done. I am enjoying the process and don't want to rush it, but I'm not enjoying the mess and do want it gone by Wednesday if possible. If I do this again. And, I'm afraid I will, I will be more tidy about it all. I have a plan for making it easier, less tedious and more organized so tidier. But, it's too late for this one. I just need to slog through and I will. I got a whole lotta little fiddly shit done yesterday, so here's hoping. 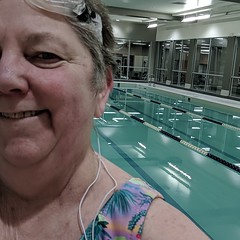 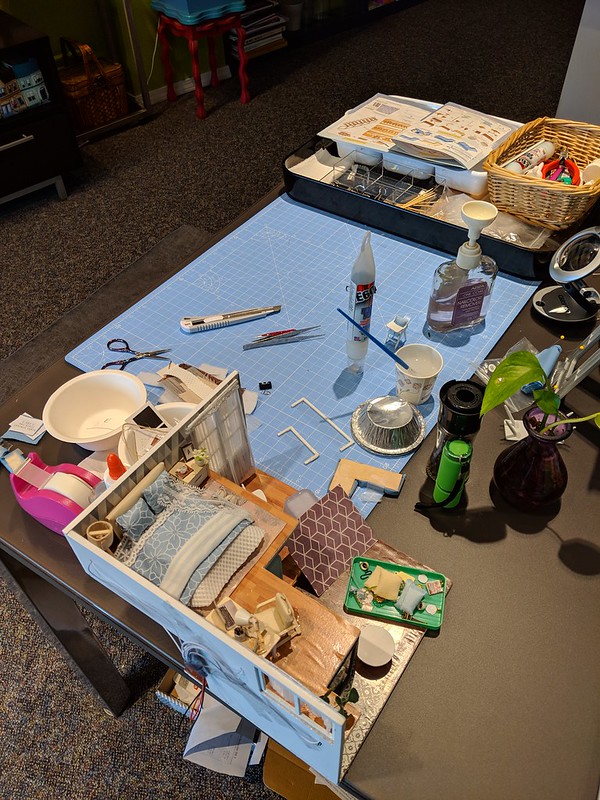 Progress. I feel way better. Tidier and more organized. And happier about the teeny tiny house. I will finish it up tomorrow. Right now the sectional sofa is in a whole lotta sections drying and the wobbly breakfast table legs are getting a re-glue and the high chair is resting from its final glue. Oh and the tea table is also drying.

And the mess is gone. AND I was able to put the table leaf away so that now, while the table still has junk all over it, at least it's not eating up the room.

I still have no idea what I'm going to do with it. And, yes, I'm now trying to decide on my next one.

My financial advisor called today so apparently, he's back in the saddle. Whew. A traditional IRA is set up so that when you hit the age of 70.5, you have to withdraw a percentage of the funds. Guess who's hitting 70.5 this year? I have to figure out how much of the withdrawal I want to hold out for taxes. For this government? $0! On the up side, it means I will not have to sell any of my investments next year for the monthly withdrawal I make to live on.

That goddamn dog(s) next door have another case of barkitis. Saturday, Sunday, now. I sent a note to the leasing agent saying that I was only documenting so far, not actually make-it-stop complaining.

I think it's crochet time. I love being retired.

The snail mail package, was indeed, a shocking surprise. It was the history of my maternal grandfather's family! My second cousin's wife (grandpa's brother's son's wife) has been big into genealogy forever. Turns out between her side of her family and her husband's (my Mom's cousin) side of her family, she amassed file cabinets that take up 500 square feet of space.

So her daughter had them all digitized.

And today I got a book about Grandpa's father's branch plus a thumb drive with all the documents and photos. 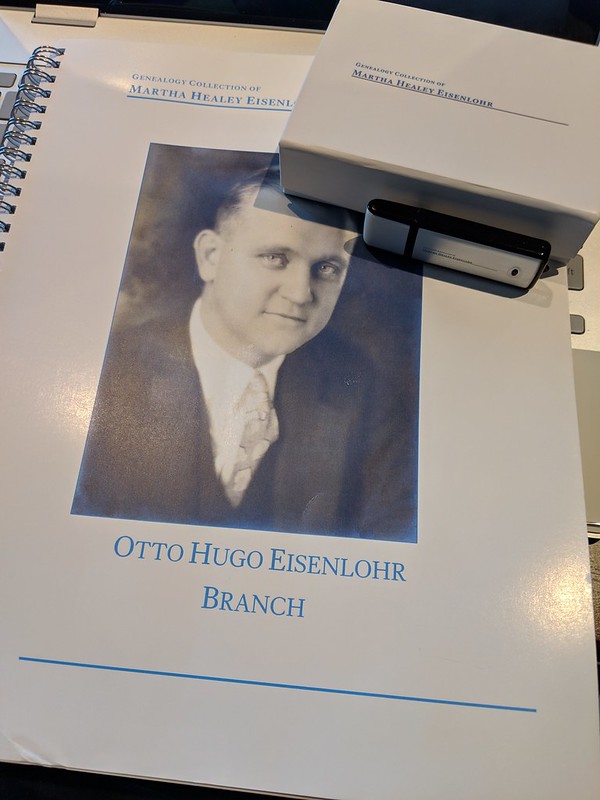 I'm really not that interested, in general, in genealogy. It's fun to conjure on what things were like when my grandma was a girl but that's about the extent of it. However... this package is just full of fascinating stuff. Pictures I'd never seen. Others I hadn't seen in forever and a day.

I spent about an hour just going through one folder. Finding a letter my Mom wrote to her cousin (they were very tight growing up) in 1984. And details I didn't know. I always thought Grandma was born in 1900 but, turns out, she was born 3 years earlier.

My Mom lost her first husband and her brother both in 1944 in World War II. I had known that but not the exact timing.

Many more hours of perusal yet to come. What a treat. My hand written (fountain pen - my Mom raised me right) thank you notes are written addressed, and stamped waiting for the mail tomorrow.

This journal will be full of old family shit in the weeks to come but for now... 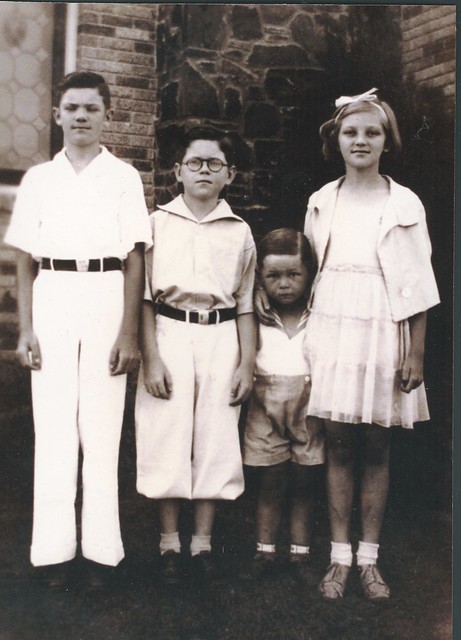 On the left is my Mom's brother, Billy. Then their cousin Johnny (whose wife did all the work and whose daughter organized and digitized) and then cousin David (who was Johnny's brother and Mom's best friend) and Mom. I'm thinking this was probably 1930sh.

[Edit: found more info. Photo is 1931. And that's not David, not Johnny next to Billy. Johnny is the little runt that Mom is protecting. I should have known that since David was the oldest. Doh. BTW, that little runt grew up to be a prominent eye surgeon in Dallas.]
Collapse