When I woke up this morning, I felt like I had slept like a log. My watch (sleep tracker) says I slept like every other night. Sunday night I felt like I had a horrible night's sleep and my tracker agreed. I think it's amusing that I even look for validation on how I slept. What the heck does it matter? Does that stop me? nope.

I cut my swim way short this morning. When I hit 45 minutes, I did one more lap and hustled out of there. Fast shower and I was on the road at 6:02. And managed to pretty much beat the rush. There was one tiny bit where I had to slow down and wait but, for the most part, it looks like if I can get out of the gym by 6, the drive home is palatable. Hopefully, it will only be for a week and, a half more.

My living room and terrace look out over the parking lot of the football/soccer stadium behind the stadium is a giant exhibition hall. Fridaystarts the annual boat show so right now I look out over a sea of boats on asphalt... in January. There's some kind of poetic irony waiting to be unpacked there.

When I first moved into this condo, the parking lot was even bigger -this was before they built two high rise apartment buildings on half of it. And the stadium was a doomed one - the Kingdome - where they played football and baseball.

The Mariners were a young team. They had been a franchise for less than 20 years. They sucked but they were scrappy. 1994 was screwed up with a baseball strike. And the 1995 season started out with the same losses as all the other Mariner seasons. Until...about August. They started winning. A lot. It was weird and fun. They had a lot to make up but September was magical. Win after win after win. The town got excited. Everybody did.

On October 8, we played game 5 of the American League Division Series. Everything was on the line. Everyone on town was tuned in. The Kingdome was packed to the gills. On the street below my terrace, there were a dozen police cars lined up waiting to help control the post game crowds. But, while they waited, they listened to the game. I could hear their car radios from up here. My neighbors across the hall called to ask if they could come over and see the view. They brought wine.

It was the 11th inning. We had one eye on the TV and one eye on the outside. Listening and holding our breath. Oh and we were playing the hated Yankees. Little Joey Cora was on 3rd. Ken Griffey, Jr. was on 1st. And Edgar Martinez was at the plate.

Edgar hit a double that now has its own Wikipedia page.

As the ball hit the outfield wall, the cops turned on their sirens and jumped out of their cars to high five each other. People were jumping and hollering all over everywhere. All the traffic we could see had just stopped - horns honking, lights flashing. It was really the most amazing night. A memory I treasure.

Ken Griffey, Jr. was elected years ago. Little Joey Cora's baby brother is now the manager of the Boston RedSox who won the World Series last year and will open our season here in Seattle in March. Edgar still works for the Mariners as a coach/advisor. There's a street that runs by the current baseball stadium that is named for him.

There's been a lot of playing of the video of that double over the past two days and I've loved every single one of them. I honestly cannot watch it enough.

In other news, my teeny tiny bathroom is coming along. It's just got way too many tiny bits that need to be glued and dried before adding the next tiny bit. I have a few more bits to glue before I can add the bedroom floor and start on it.

But, there is nothing else that's demanding me today so ok! 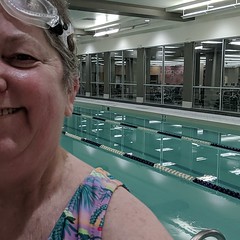 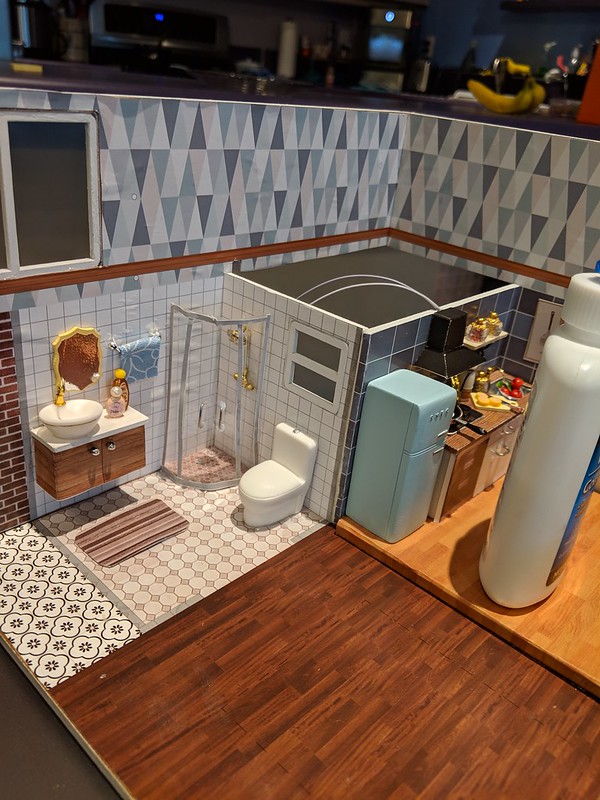 Bathroom is done. I'm waiting for the glue to try now so I can put on the bedroom floor. Also waiting for the computer desk/chair bits to dry so I can finish those up. Coming along but Waiting For The Glue To Dry has become my full time job.

My cellphone plan is $20 a month PLUS $10 per gig of data used. Since most of my time is spent here at home on wifi (Waiting For The Glue To Dry), I generally use less than a gig of data a month so my bill is normally just under $30. BUT... this month it's nearly $45.

That $15 difference is Christmas Eve. We had no electricity from 2 pm til 10 pm but I had my phone. And I used it. I should send an invoice to Seattle City Light for that $15!
Collapse