Yesterday, at Trader Joes, I forgot 3 things I wanted. I made a list. I went back today. I got 4 things. I forgot... cheese. Yes, it was on the list. Nope. I did not check the list. Fork me.

I also went back to Trader Joes (besides the fact that it's just across the street from the gym and so, easy) because yesterday Capital One sent me an email confirming that I had removed both credit cards from Google Pay. I did not. But, Capital One and Google Pay have long been friendamies so I was pretty sure it was a Capital One prank. Trader Joes has pay by phone so I also wanted to test. Worked fine. Account reflects exactly what it should. Capital One is just being childish. Again.

When I was 16 and had had my driver's license about 10 minutes, I crashed the car into a tree. Between the time I knew the crash would happen and it was too late to stop it, and the time I hit, I distinctly remember hoping against hope that I'd be injured so my parents would go to 'oh, you poor thing' instead of 'oh, you idiot'. I was not injured in any way.

Last night I dreamed that a cop caught me driving distracted (not phone but still) and nearly hitting a pedestrian and another car. I was so guilty that I pulled over almost before he put his sirens on. And immediately started tallying up what the fine was going to cost me and where the funds were going to come from and how that would affect my budget.

But, before he got to my car, I woke up! Now, that's the way to do it. With old age, finally I'm getting some answers. Whew.

The first room I did was by Robotime which produces lots of different miniature room kits. The one I'm doing now is a CuteBee kit and I like it so much better. The instructions are easier to understand and the stuff provided just seems better. And I still have no intended purpose or even any place to put the finished product which would be ok if this would be the only one. But, it's not. I'm sure.

I got a lot of TiVo clean up done. There is still some to watch but I think I'm doing Acorn TV today. I miss my buds across the pond. I do have a hard time flipping between American TV and Other English Speaking (Great Britain, Australia, New Zealand) TV. The pace is so different and often the mores as well. Flipping back and forth is just jarring. Happily I have plenty of both to watch. Plus Netflix and Prime. No need to ever again watch something that doesn't spark joy. I'm Marie Kondoing my TV time.

Time now to get to work! 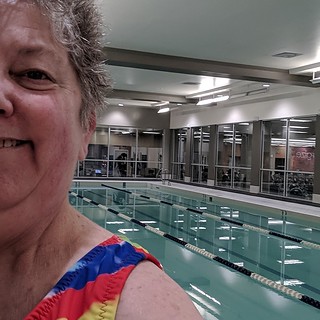 I smoked cigarettes for 40 years. I was really good at it. And I enjoyed it very much until I didn't and then I quit. I missed a lot about it when I quit. Meeting new people when we were forced to go outside to smoke. Having something to put in my mouth besides food when I was dieting (which was always). And taking breaks. It took me a long time to learn how to take a non-smoke break. 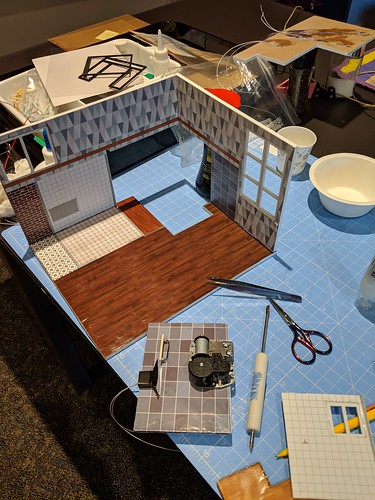 One of the things I am enjoying about building this miniature room kit is that breaks are required. Until that glue dries, those walls are standing on their own steam. The next step is erecting more walls that don't stand a chance until they can count on these walls being stable.

And, I'd just like to mention that I'm loving hearing all the snow stories and seeing the photos. When I first moved to Seattle 25 years ago, we got snow now and again. Twice we've gotten LOTS of snow right here at my house - 10" once and 18 inches once. We had a little a couple of times last winter. We have not even come close this winter and probably won't. In the mid-80's, I lived in Rochester, MN. I was only there for 18 months but managed to spawn over two winters and it was heaven. Just wonderful beautiful snow from October to June. I did not get enough. Now I just live in a perpetual state of snow envy.
Collapse