It was lovely to get back into the everyday routine again. To see the regular peops again. And then to get home and have breakfast and do my internetting and then still have the entire day left.

The house cleaner comes today so I'll be outta here. First stop Goodwill. I'll check the fabrics/sheets for goodies and then I want to look for a nice tray with sides for miniature work.

Then on to the doctor's office for my lunch checkup.

By that time, the house cleaner should be done and gone and I can resume guitar building.

Next week - Tuesday, actually, my brother is coming to visit for a week. I'm really looking forward to it. For the past few years, he's come in January and we have a great time. All year long I collect a list of restaurants that sound interesting and we try them all. Plus, in between, we try to work up an appetite for the next one.

He enjoys the getting away and I love having him around. Plus he is great about doing little things around here that are either hard for me to do alone or things I'm just not good at. I have a list for that, too. One thing I'm particularly into this year is the back of my TV.

I want us to pull out the cabinet it sits on and clean up all the cables and wires and dust and vacuum and pick up all the cat toys and then put it all back together again. Also I'm looking for him to advise on the best place to put my TV speakers.

Plus, I just enjoy his company. We are only four years apart in age but because he was the only boy and the youngest, he had a different experience, in many ways, than I did growing up in the same place with the same people. So we have the same background but just in different colors. 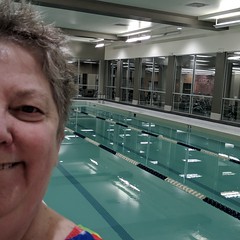 Seeing the lung nurse practitioner was really interesting. First of all, she was late. Nearly 30 minutes which is very unusual for that clinic. But it was fine, I had my Kindle and she apologized. So no biggie.

She was exceedingly ernest. Like terminally so. But otherwise nice. And pretty. She talked to me a long time and asked a lot of questions about day to day experiences with COPD. Dr. Lee generally stops with "how are you doing?" after I answer "fine". She kept on going and going and going. Which was ok. She did clear up my questions about how I should be taking the benzonatate. [First of all, since I can never remember how to pronounce it, she suggested just calling it Pearls. SCORE! (Pearls is the name for the non generic version - I take the generic.)] She said I was doing it right. She also encouraged me to take more over the counter antihistamines (non drowsy allergy pills and nose sprays). Ok. I can do that.

And then she went on and on about how disastrous it would be for me if I got a cold or the flu. And, how, if I feel the slightest anything coming on, I need to call her or the office immediately. Good thing I don't get sick!

After much conversation, suggestions, she finally had me hop onto the table so she could listen to my lungs. I was all ready for the "they sound GREAT!" but instead I got a "they sound good except..." she heard nose in the bottoms but I think it may have been her imagination.

But the good news is that she sees no reason to see me again for a year! I an live with that. I ordered up an inhaler prescription refill which was under $300 for 3 months which is pretty darned good considering it included the deductible.

Then I came home and played tiny house. Turned out I had not glued down the guitar sufficiently and had to redo that so it's now redrying and I started on the radio which also has to dry for a while. But, at least now I can leave it out and work on it a little later.

In December, I ordered some yarn from England - it's in a kit to make a blanket. It finally came today.

It's this blanket in these colors. I'm going to get started on it now while I wait for glue to try. 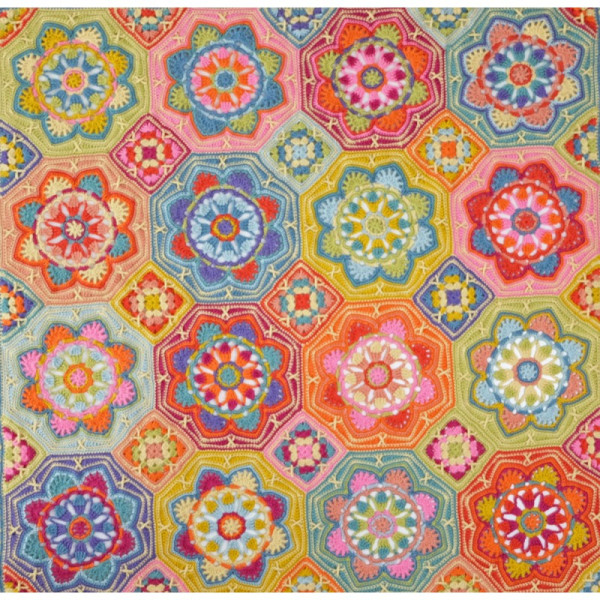