Every day I swim in a pool who's deepest section is 4 feet. That pool has 3 lanes. Sometimes I'm the only swimmer. Sometimes there are 2 people in each lane. Rarely more than that.

This morning I swam in a pol with a real deep end and 6 lanes and many many many people. It was very different.

My regular pool is treated with bromine (like hot tubs) which is softer than chlorine and way easier on hair color and swimsuits. But, at my pool, it's kind of cloudy. Today's pool was chlorine and crystal clear. Beautiful, actually. A smidge too warm but not terribly.

Getting there was a bitch. It took 20 minutes. I went by way of the interstate which was a mistake. The trucks were in high gear and everyone was out to wipe me off the road. But, I made it. I was the first person in the pool. I went to the side of the deep in and jumped with force and it was such an amazing feeling to go down down down in that crystal clear still water.

This pool has lanes clearly marked - easy, medium, fast. I picked an easy. So when people started arriving, I didn't worry about whether I was too slow, I just kept going. At various times, I shared the lane with 2 and 3 and 4 people but it all was fine. All the other lanes were full as well. It was impressive.

This particular pool, has early morning laps every weekday. Most of the other city pools have them only a few times a week.

I did my mile and by that time there were two very very slow guys in the lane so there were big stretches of time when I could grab the deep end for myself. So I spent about 15 minutes just bobbing up and down and going way down and surface diving. Just horsing around and enjoying the heck out of it.

Coming home was not as bad as I feared it would be. I stayed off the interstate so just pinged from stoplight to stoplight. It took about 30 minutes. Just, again, long and tedious.

The swim was good but not good enough to justify the getting there and back. I need a new Plan C. I was reminded by signs that city pools close for every minor holiday as well as the major ones. At least my gym pool stays open for most all holidays.

Tomorrow it will be back to my little, shallow, almost murky pool. But, since it's Saturday, it will likely be packed with weekend swimmers and I don't mean to imply anything kind in that designation. 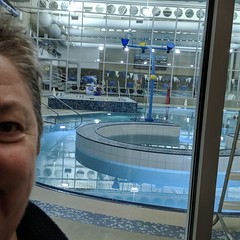 My day didn't start that much later than usual but it sure feels like it did. I can't seem to really get going here. I'm working in little spurts.

I just put some chicken thighs with some rice into the crockpot. I would have loved to have had an onion and maybe some other veggies to toss in but none could be found. I have an apple I can bake up later to go with. That will work. I tried to look up a legit recipe but holyfuckingpopups batman. Join my mailing list, follow me on instagram, watch this video, see this useless popup that does nothing but get in your way.

I can see old timey recipe books coming back into fashion. Recipe websites are just too fucking painful.

Plus, I don't have any of the ingredients they want. I tossed in some spices that I had on hand and sealed her up. 7 hours - ish. I'm hopeful.

Yesterday I wore a dumb looking fleece beanie around all day. I actually liked the feel of the fleece on my head so today I'm going to play around with making a beanie that isn't stupid looking. I also have a flannel shirt cut out and ready to sew up.

I might wander up to Starbucks for Holiday Drink #2 this afternoon and I might not. I feel like I should get out and do stuff but when it comes time to get my shoes on and go, I can't come up with a reason why I should or why I want to so I just mosey on back to this chair and entertain myself here instead. I can't think why that's so bad.

Oh and here's a photograph I snapped this morning. The pool where I swam is part of a recreational complex. On the way out is a basketball court which today was set up as a toddler parking lot. It tickled me. 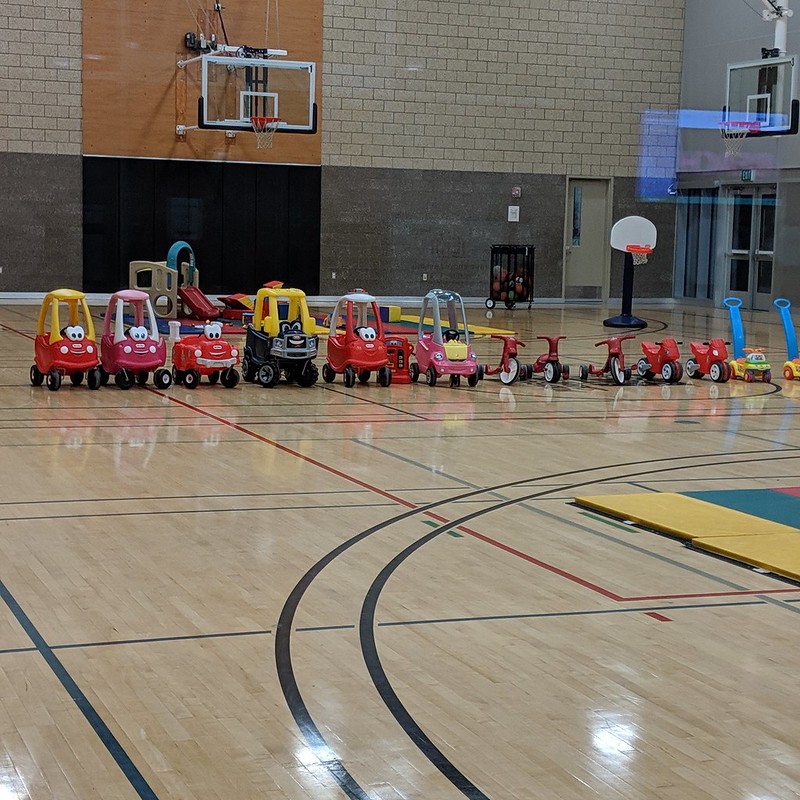 Also it tickled me that I was able to get such a great photograph from my Pixel 3 through glass into glare. Wow.

It turned cold today. Yesterday was chilly and today it got cold. Now, I am a cold weather lover. Until this week, I could never get too cold and was perpetually too warm. I went through menopause years ago and never even got hot flashes - I've always been just a walking global warming.

This condo came with baseboard electric heat which I have never used. In fact about a decade ago, the thermometer was where I wanted some built ins so I just told them to yank it out and cover the hole. My neighbors all around me have supplied plenty of heat for years.

But this week I got cold. Not put a sweater on to fix it cold but hands and feet and head cold. The hat helped but my nose was cold. I wouldn't be too worried if this was April. But we're looking down the nose of months of this. So... I got on Amazon and heater shopped.

I figured all I need is one small ceramic heater that sits on the floor in the living room. Of course, I wanted one with a phone app that Alexa could work but, apparently, heaters as a genre aren't there yet. There are some that claim but it does not take too many reviews to reveal their claims are just that.

So I abandoned that idea and figured a plain old remote would be fine. I finally settled on one and got ready to buy only to see 'delivery on Monday' - WTF??? Are you kidding me? No no no. So I did something I rarely ever ever ever do. I put on my shoes and got in the car and went to a store.

Home Depot had several choices and I narrowed it down to 2. Studied those two and picked one. I got it home and set it up and it looks fine and works fine.

I figured that Amazon probably carried the same model for $10 or $20 less than the $102 I paid. Found it on Amazon and holy crap on a stick, Amazon's selling the same thing for $160! With a Tuesday delivery date. Thank you, Home Depot! 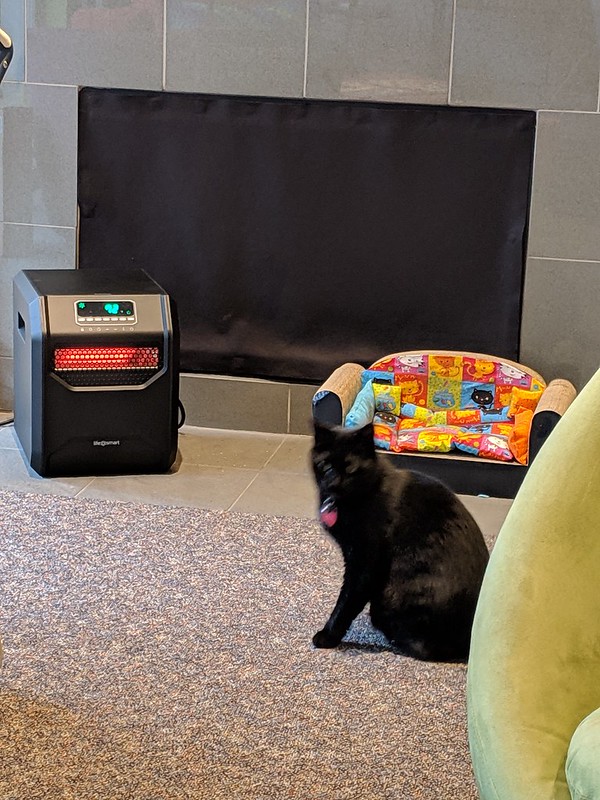