My ear hurts. It's hurt on and off since Friday. It's not killing me but it's annoying. So right there in the middle of Go To The Doctor? and Not Worth The Effort. Last night I took an ibuprofen and realized about 30 minutes later that it didn't hurt any more. This morning's swim didn't seem to make it worse. I am guessing it's some kind of swimmers' ear. And am hoping it will clear up on its own.

Washington is a vote by mail state so I will not be going to the polls. I voted weeks ago. So lay off me. k? Thx.

I have one credit card that pays 4% back on food and entertainment. It was a special no annual fee deal that I grabbed a few months ago. I used it to buy my Mariner tickets and today it gave me $237 in cash back. That was a delightful find.

Google Keep used to have lists - nice check boxes that you could check off and it would cross them out but not delete. Then they removed that feature. It was not a fun time. But now it's back so the above is not a Keep note.

And speaking of things gone missing. TiVo redid there user interface a couple of
times in the past year. They did a very major update that was ok and then they did a minor update to that which was horrible. The took away and/or hid basic info. I tried to make it work but instead found myself, for the fist time in 18 years, thinking about life without TiVo. Until out of the blue last week, they did another update and not only fixed all the problems, they added more stuff in that makes it way better than ever before. I'm so delighted. My life without TiVo musings were all uber depressing. And now I can just delete them.

I have no specific plans for today. I think I might just get started on the flannel shirt. But, first I'm going to hang up my wet suit. 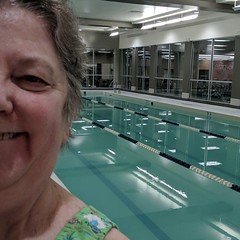 Starbucks was open. I got a mint mocha. The first couple of sips were not that pleasant but as I get deeper into it, it's pretty good. Not good enough to make me want to get another one but pretty good. I still have two more holiday drinks to try. And I will. I have time.

I went back to yesterday's coffee shop to look at the art more closely. It's so amazing. I came very close to adopting a piece for me but it's just more than I need to spend and I have no place to display any of it properly. But, the show is up through December so things could change. 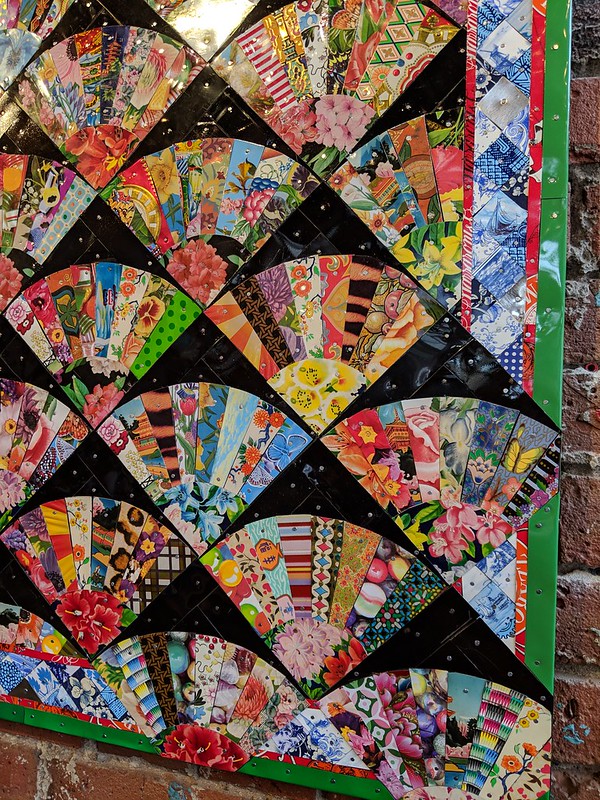 I finished my flannel shirt and it's fine but, of course, I want to do it again, but a little differently. Happily I have lots of flannel left.

Ibuprofen fixed up my ear at least for now and hopefully for good.

I think it's time to find a new series on Acorn TV. I got two things done on my list so I'm feeling pretty darned good.
Collapse