I woke up in the middle of the night with a throbbing arm. I had even dreamed about its hurting. It's the same one that gave me trouble when I was knitting big heavy yarn. From elbow to shoulder just hurts. Shoulder is fine since I can swim with no issue but elbow is kind of twitchy sometimes. I finally got up at 2 am and took a couple of ibuprofen and that seemed to fix it.

But this shit's getting old. Interfering with my sleep is a serious offense.

Whew. I just fell into a internet rabbit hole and nearly lost this entire morning! Geesh.

The baseball season officially ended last night. Boston won the World Series. It was only a moderately interesting series. I watched at it. Snippets here and there. Baseball starts again for me in February. The Mariners real season starts on my 70th birthday when Boston comes here for our opening day.

(The Red Sox had a tag line - hash tag - of DoDamage for the Series (for the season?) that really bugged me. I get the metaphor but do we really need more destructive rhetoric in this country right now?? Really??)

As it stands now, my brother and his youngest son and his son's wife will be here. Tickets go on sale in a couple of weeks. It will not be possible to buy Diamond Club seats (which is a $$ blessing) but I hope to get good seats for the four of us to at least a couple of the games. My nephew was born a Red Sox fan (his Mom) but now lives in Iowa and rarely gets to see them play. It promises to be a fun start to the season.

But, there's lots of time between now and then.

I started watching Bodyguard on Netflix. It was all the rage when it aired outside this country so I was looking forward to it. I see the appeal but there are a couple of show stopping issues that are bugging me. There are 6 episodes and I've only watched 2 so I'll hang until I can't stand it any more.

I did some raincoat work yesterday and hit some potholes. I may have gotten them fixed but there is nothing smooth sailing about this fucking coat. I'm going back in today for more. I'm beginning to look forward to being done with this thing. 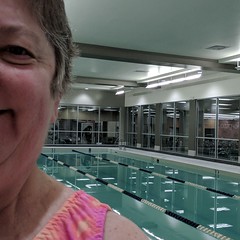 I wanted it short but wonder if I got it too short. I spent a long time deciding which side of this fabric to use as right side and which to use as wrong. The green in textured which I thought would be better inside but, now, I'm not at all sure that was a good decision. The texture makes it harder to slip on and off. Oh well.

However, it is done. Finished. Yeah! And now I can go play in the rain plus move on to other, more fun stuff. to sew. 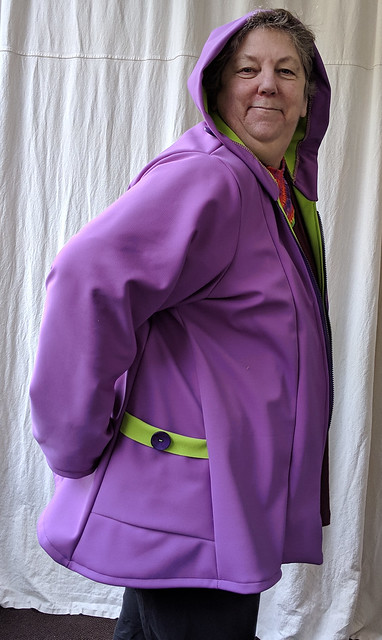 But, you know what? It's raining here - just a tiny bit - right now so I think I'll go take the new coat around the block.
Collapse