I keep thinking about taking the scooter out for a spin and then remembering I have no way to lock it. I could bicycle chain it to something but I would much rather just have a way to prevent the pushing of the on toggle.

I found a lock shop in West Seattle and I think I'm going to go over their today and ask them for ideas. My latest thought is to get like a bank bag and remake it so that I can fit it over the switch and then lock the bag.

Conveniently, the lock shop is very near Papa Murphy's so I think there will also be pizza for dinner which sounds fine to me. Papa Murphy's doesn't open until 11 so that leaves me lots of time to finish the bag I started yesterday.

There was one other swimmer this morning but she left after 45 mins and it was just me. So I pulled out my phone for a video selfie. I realized at the time that I really do look my worst after a swim. The lighting doesn't help but the coup de gras is that with zero thought, I put the hash tag right over my eyes! So.... how many ways can you fuck up a selfie?? I think I nailed that.

And speaking of lovely visuals... I've been waking up a million times in the night with the driest mouth on the planet. Part of this is due to, probably, some sleep apnea, some due to the fact that I'm fat, some blame can go to old age but the majority, goes to the pool chemicals. It has gotten way worse in the past week or so. I make sure to chew gum right after every swim. I have started using a mouth wash for dry mouth and last night I tied my mouth closed. I took some knit fabric under my chin and tied it on top of my head. It looked hilarious but felt fine and I only woke up one time and that was to pee!!

So I think a head strap is going to be my nightly routine. So sexy.

In other old body news, I think I finally have the toe that's been driving me nuts for weeks, under control. I still don't think it's gout or a bunion but I've been treating it as I would gout and it is getting better. So who knows. But I also don't care as long as it doesn't hurt.

Off now to finish up that bag.

I finished my bag and I love it.

Then I went to the locksmith shop. They could not have been less interested in helping me. The (obviously) head guy looked at me and said "I told you last time you came in that I had nothing for you. We can't do anything." I assured him I had never been in there before. He didn't care. I won't be bothering him again.

Then I wandered around Home Depot looking for ideas on how to lock down the scooter. I finally decided I could do it with the strapping that I use for bags. I killed an afternoon trying that idea out. NOPE.

Then I went back to Google and tried a million different search terms and finally came up with a boot or clamp that I think will work fine. 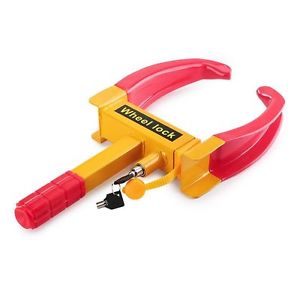 There is a snowflake in the forecast for Sunday. I could get down with a little snow action. But I'll bet we won't even get rain. sigh.

Time to get that oven cranking to 425.
Collapse