Well, of course, not true. But, it is my last day, probably, at the gym I've been going to every day for more than three years. I'm not picky and I'm not a germaphobe or even a clean freak but the LA Fitness at West Seattle has just crossed the line to disgusting and I'm done.

The LA Fitness in Ballard is farther - about half again as far, actually - and the pool is often crowded but it's clear and clean and I never think of pond scum while I'm swimming there. the LA Fitness in West Seattle, where I've been going, is just gross. The pool is cloudy with a green tint. The showers are gross. The locker room is grosser - hair balls, dust balls and torn off paper towels decorate the floors. 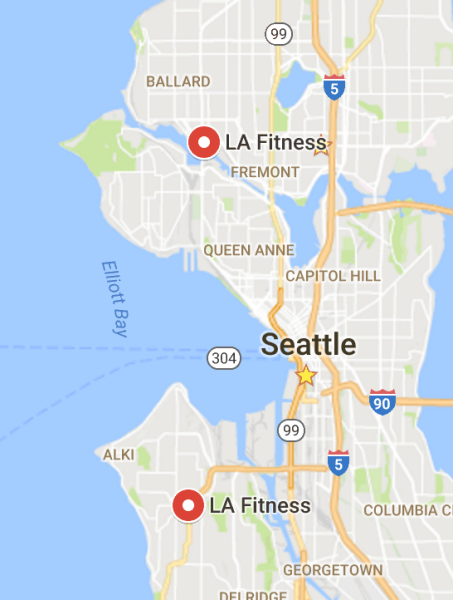 That gym with a lap pool, two blocks over cannot open soon enough. I will have to pay whatever they want for membership. Oh well.

I did drop LA Fitness a little email of bon mots regarding the situation. That, at least, gave me some satisfaction.

Tomorrow, I'll just get up 5 minutes earlier. It will be worth it.

Yesterday I made the first doll in a long time and started knitting a new bear. I'm going to try to get a couple of dolls and at least one bear made a week. Worked in among my other projects. I want to make some dolls with hijabs and some with glasses. It's been so long since I made a bear, I forgot my stitch counts and had to look up the pattern I wrote. (Thanks to

legalmoose for that one. He originally asked me to write out the pattern or I never would have and it would now be lost!)

Interestingly after months of nothing, I got an email from the woman who used to take all of them. She said she wants more bears and she has someone else who wants bears and dolls. Meanwhile, I love the new place I found so while I appreciate her thoughts, it's way easier just to drop them off whenever I want. She and I had a good run but time to move on. If I ever ramp up production again, maybe. But probably not.

Turns out we're having two warm-ish days in a row here before we get back to good. Tomorrow is suppposed to be worse than today so I think I'd better get my walking shoes on today. Maybe a little jaunt over to Uwajimaya. One of their poke bowls sounds perfect for lunch.

Otherwise, it's sew time. I have a new top cut out and ready to assemble. It's out of the pricey fabric so I want to be slow and deliberate with extra finish work. I'm looking forward to it.

Back in the 60's when hippies were new and New Age was honesttogod New, we discovered biorhythms. And like so many things in those days, we did not so much embrace it as meld with it.

I often wonder what it must have been like to have been a full blown adult in the 60's. They must have had massive neck problems from just shaking their heads at what was happening.

Anyway, Through biorhythms, we learned that some days are good and some days are not in physical as well as mental ways. I've been thinking about that a good bit recently. Every day, at least twice and sometimes more often, I climb a set of stairs. I climb up 6 (short) flights when I get to the gym and one medium flight when I leave my car in the garage.

Some days, those stairs just feel impossible to climb and some days I bounce up like a jack rabbit. I cannot otherwise account for the differences. At all. Today I made the trek across two parking lots, up an elevator, across a sky bridge and then continued on for a block and a half to get to Uwajimaya. Often - particularly in the sun like today - this feels like a slog. I have the poke bowl as my goal but sometimes that's not even enough.

Today, however, just the opposite. I hardly noticed the sun. I had a lovely, easy walk that hardly seemed like an effort. No reason. I just did. Biorhythms.

I finished my latest top - the one of out the expensive fabric and it's wonderful. Soooo soft. And I put in pockets. The pockets were tricky to figure out because I had already cut out the pieces and hadn't planned BUT, I put the shirt on the dress form and fiddled and fiddled until I got it. I love that dress form. 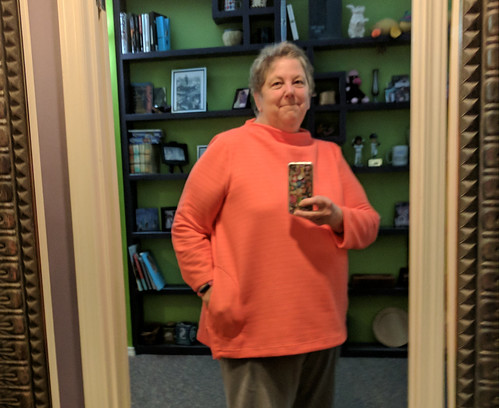 I got a response from LA Fitness saying they would pass my complaints onto the district manager which is the boiler plate response. I did go look at Yelp reviews this morning for both Ballard and West Seattle. The past 6 months of West Seattle reviews can be summed up with 'ewwww nasty with hateful staff'. However, the past 6 months of Ballard reviews aren't even that much better. Less on the nasty but more on the hateful. Interesting.

I hope the new gym opens sooner than later. I don't know if it's going to be in the hotel or in the office building just behind it. The hotel rooms already look fully furnished through the windows. Maybe they are getting close? I hope? 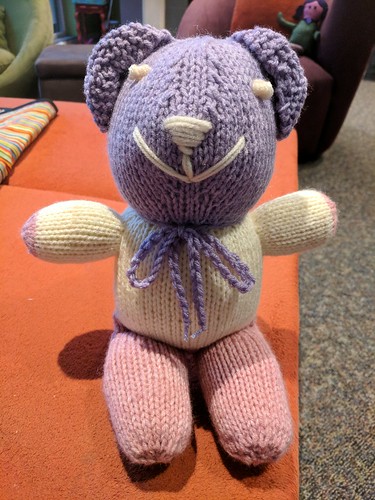 And he kind of looks like the bears of old. I'm looking forward to doing more. Bur, first I need to finish this sweater/shawl/wrap concoction I started and am nearly done with.
Collapse