This new inhaler is really the boss. My breathing, for the past few days, has been better than it has been for years. I can tell in my swimming and in everything else. This morning, I swam for a mile and a half and I still had juice for more. I haven't had to stop to catch my breath for days and there is zero panting. I love this stuff. Anoro. I'm still confused about pricing but I think I'm going to pay regardless. I love this stuff. Just sent Dr. Lung a note asking him to send a prescription for more to Humana.

Turns out that the local pharmacy where I got the one inhaler last week, charged me double what they should have. They reported to the insurance company that I got 2 inhalers. They only gave me one but charged me for two. Getting that sorted out is going to be way less fun than most anything else.

I think I'm going up today to Seattle Fabrics which is is this great store for outdoor stuff - sails and fleece and bindings and straps. My purse hardware and strap stash is now depleted and I need more. In case I need another bag. Ha! I can order online but I'd rather go paw through the stuff plus the store is fun. And I need to get gas anyway.

I think I'll call the pharmacy at 9 (they don't open til then) and then head on out.

Baseball starts for reals one week from today. I'm totally ready. I appreciate having Spring Training to tide us over but I'm ready to get on with the real stuff.

A bear from last night... 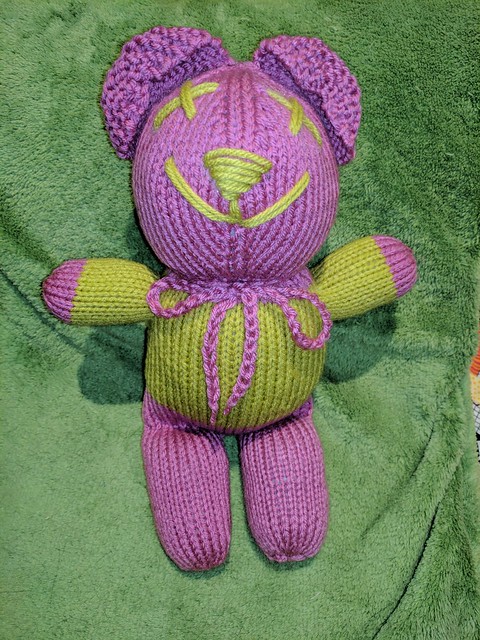 Let's talk clothes. Girls were wore dresses to school. To church. To the doctor's office. To every-fucking-where except the back yard.

In elementary school we had 45 minutes to an hour of recess every day. They'd send us outside to play. Not really organized play, just run around and try to stay alive. The school yard was part dirt, part asphalt. There were some jungle gyms and swings. Some balls and jump ropes.

Because of the dresses, girls were not allowed on the jungle gyms. Then some girl was in the swings and went too high (I saw London, I saw France, I saw xxxx's underpants.) and then girls were not allowed on the swings. The boys could do whatever they wanted. It wasn't horrible, but it wasn't fair. We could play ball - dodge ball, Red Rover and we could jump rope and play hop scotch. But, so could the boys do all of that.

Once a year, we had Field Day. It was a day of running and jumping and planned outdoor track event type stuff. Girls were allowed to wear pants. Years after I left school, if I saw kids at a bus stop and the girls were wearing pants, I used to think 'oh they must be having Field Day!'

In the winter, it often would get pretty chilly. My Mom (and most everyone else's) made me wear pants under my dress. (Tights, back then, were for really expensive and for ballerinas only.) I did not have a lot of fashion sense as a kid but even I knew that pants under my dress was a stupid look. I had taken to walking an extra half mile to school in order to swing by Lemon's house and walk to school with her. Her house had this great secret space under the front steps where we kept important stuff (stories we wrote, treasures we found, stuff like that). So on cold days when moms laid down the pants requirement, we'd stop at our hiding place, shed them and stuff them under those steps. Then on the way home, we'd stop there first, put them back on and then go home.

EDIT: Do be sure and read

hopefulspirit's tale of her grandfather and wearing skirts to school!!

When we got home from school every day, we had to change out of our school clothes into our play clothes before we were allowed to do anything else. So the boys always had a head start on after school play, because they didn't have to change anything. Stupid boys.

I came home can called Discover. The Discover lady said there was no record of any kind by either the pharmacist or the gas station. And no issue with the card. She was not the usually very helpful Discover ilk. She was more the Chase Visa kind of CS. Oh well.

The doctor's office sent in the prescription but then it dawned on me that as the insurance company thinks I have a 2 months supply, they will sit on filling the prescription. So now I am on hold with Humana. The first person I talked to has a very thick Southern accent and I am not being successful imparting my information. Happily this inhaler is helping me breathe cause I'm taking a lot of deep breaths...

Also, of course, their hold music/constant needless info with mindless chatter about how valuable I am is not helping...

Ok, Sally Southern says there's no hold up and, in fact, the local pharmacy did reverse their claim so nice! Ok, moving on to the next problem.

My brother's web cam has been down for several hours. Monday-Friday, the chatter in his shop keeps me company. It's really disconcerting and pretty sad when I don't get to eavesdrop. They are so busy, I hate to complain but I finally sent him a note and he's trying to fix it now.

I did make two new dolls and now it's knittin' time. 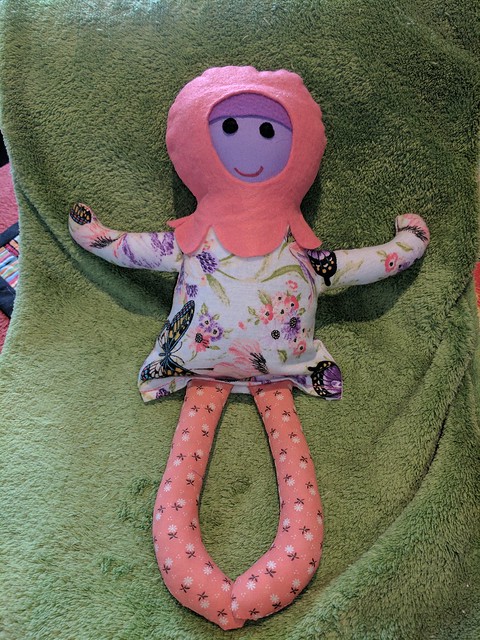 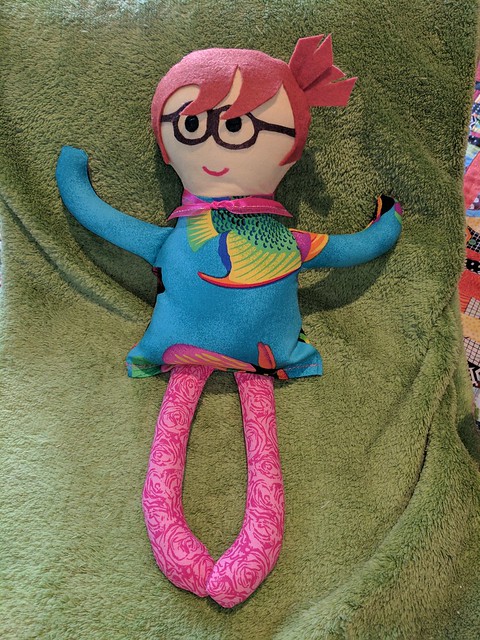