Well the new chromebook/tablet arrived. It's really nice looking and feeling. It's got nice curved corners and it's really light weight. And... it's going back to Amazon today.

If it were $200, it would be a great buy. The screen is really pretty. The stylus is really handy and stored conveniently right in the side. But, it's a $500 box with issues.

As a chromebook, it's really slow - compared to what I'm used to. But as a tablet, it's a mess. Half of the Android apps I use every day don't work well enough to enjoy and the other half don't work at all. I think if the Pixel 2013 sells, I'll get one of the $200 chromebooks with maybe another one of those $50 Fire tablets - I'll save money and get better function.

I managed to revive my Nexus 7 and it's working fine. And contrary to how I thought this would work out, I'm boxing up this Samsung for its return trip.

I could drop it off at the UPS store near the pool tomorrow but I think I'll just take it to the one on Capital Hill today and do those errands I put off yesterday at the same time. I need gas and tortillas and more of those cheese crackers from Trader Joe's. I also need something from that Bartells next to the UPS store and I can't remember what it is. Hope it comes to me before or while I'm there.

There used to be a Food Network show - Ten Dollar Dinners. I was watching one night when the star/host tossed out this tip on how to regrow green onions. I tried it and it worked and then I totally forgot about it. Since I found the savory pie crust shells and have gotten on this mini quiche kick, I'm using a lot of green onions and I'm growing my own which tickles the heck out of me. 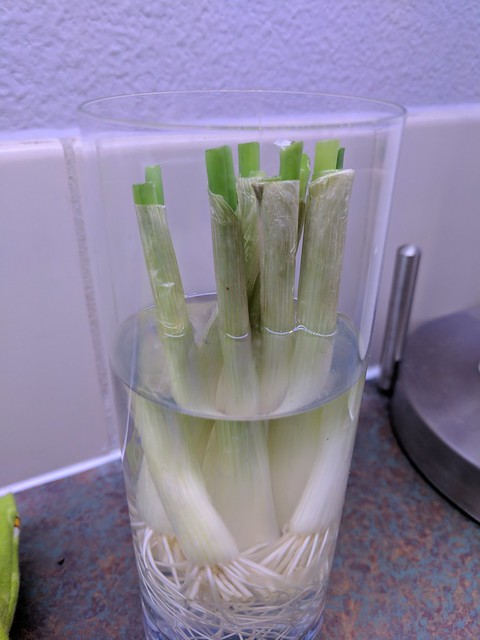 Yesterday, I had a quiche for lunch. I chopped off the tops of these very onions and plopped them back into the water. The darker green at the top there is growth from just yesterday! It takes a couple of days to get enough for my quiche. I should get another batch going - crop rotation.

Ok, time to box up the laptop and get organized and out the door.

I know my webcams are public. I understand that the world can see them. I am fine with that. You do not need to leave comments here, text me, leave comments on Twitter or Google+ with your assumptions that I am 1. uninformed/not very bright and 2. having webcams is dangerous.

My webcams being open to the public brings no harm to me and hurts no one else. While I cannot imagine that watching a 67 year old woman sit in her living room is very fascinating, I honestly do not care who watches.

Please see if you can refrain from telling me how to live my life. Thanks so much.

So I started to stew. Finally, I decided to get in the car and drive around and assess. It drove fine but the light was on. So off to the Mercedes place. I pulled in at 2:30 and finally someone asked if I wanted help and told me they were getting ready to close - at 2:30????

I stood my ground - looking old and desperate and pitiful. Finally this guy came out and said I'd need to make an appointment. I asked him about driving with the light on and he then he asked...

And I'm sure there are car people reading this who have already guessed the answer...

Did you recently put gas in? 2 miles ago. He took the gas cap off and screwed it back in solidly. He said that if that was it, the light will go out but not for two or three driving cycles. I asked if I could go as many as 20 miles with it on and he said 'oh sure!' And he said that if it started driving differently to pull over and call.

Fair enough but I'm totally sure it's the gas cap. That happened to me before in a different car. Anyway, I'm no longer stewing.

I did get all my errands done. Even tomorrow's.

And I got a couple of dolls made... 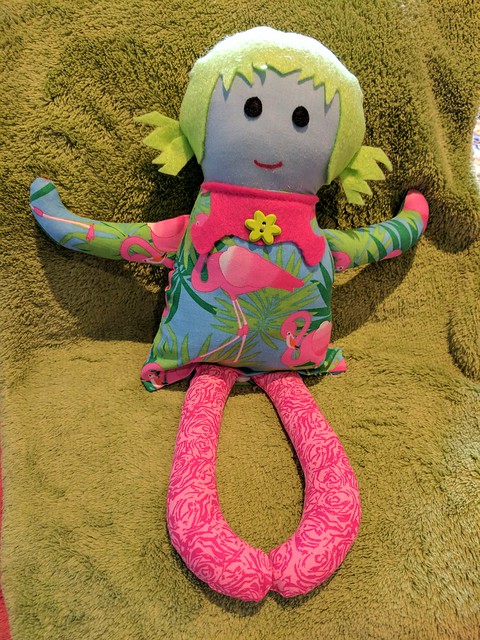 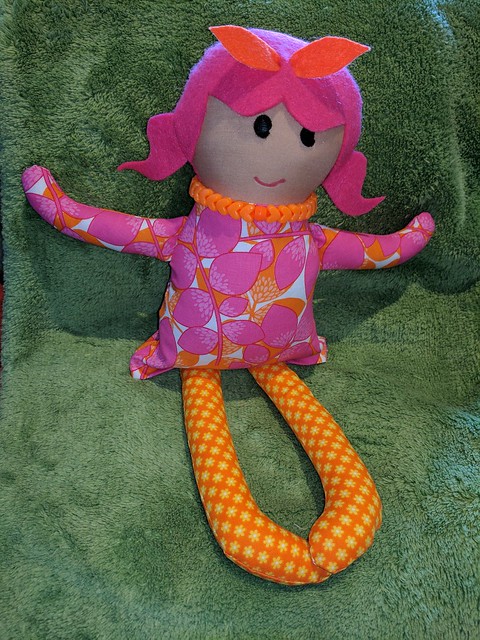 My CPA just called. My income tax bill for last year $3,500. On the up side, it's because my investments made too much money. My original investment adviser used to tell me to focus on the INCOME part of income tax. If I didn't have income, I wouldn't have tax. But, still... And next year, the taxes for this year will likely be as high or higher. So I will also need to pre-pay estimated tax of $1,500 every quarter this year.

In other words, time to tell my rainy day fund that it is raining. At least I have the money. Doubly glad I sent that computer back now!