Turns out that the swimmer formerly known as Yellow Stripes is named Will. He and I got to the pool's edge at the same time this morning and he introduced himself. Nice to have pool buddies.

My brother is in the air. He won't get here until 2 but he has to switch planes in Phoenix and there is a time change so the trip seems longer to me than it should. I'm going out on the light rail to meet him at baggage claim. It's just so much easier to ride out and back than it is to pick him up in the car. Plus there's a nice, long, flat walk between the airport and the train. So tracking points!

It's supposed to be between 45 and 50 degrees and sunny the whole time he's here. He thinks that's very cold. Most of the week in his town (Georgetown, TX) will be in the 60's but today they are showing a high of 82! Holy fuck it's January. That is not right. I overheard him telling a customer yesterday how much he was looking forward to the cold. Now having just checked their temperatures, I get it.

I'm in the middle of another excellent book. I'd never heard of Wallace Stroby but his Crissa Stone series looked interesting and, sure enough, the first in the series, is, indeed, very good. Cold Shot to the Heart. Crissa is a professional thief which is a fun twist. But the best part is that there are already 3 more in the series already banked. Nice.

Google just informed me that my brother's plane will be landing 45 minutes early! 45 minutes. I've never heard of such a short flight (Phoenix to Seattle) coming in that early. And it's uphill, too. Wild.

I'm ready. The sewing room is now... a guest room. 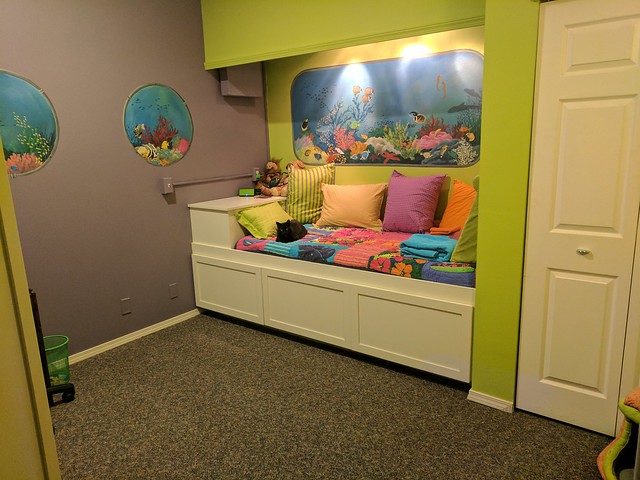 Zoey's waiting for Bill to get here. And getting cat hair all over the newly washed quilt Fortunately my brother lives with 2 dogs and 2 cats and he's got really long hair himself so he doesn't even notice random hair - pet or otherwise.

I got two dolls finished before the sewing room shut down. This will be the end of dolls until next week. 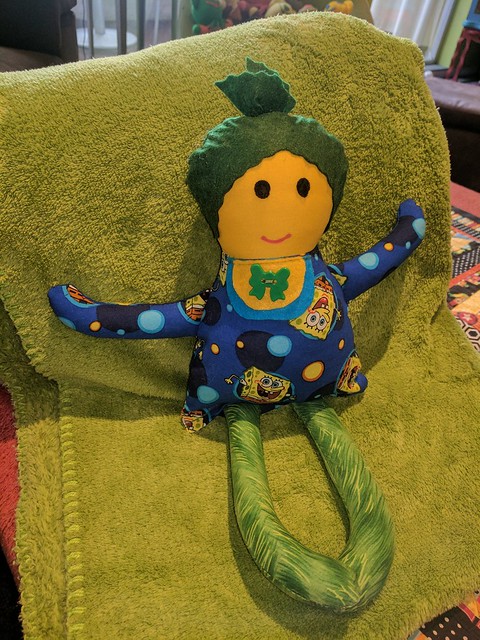 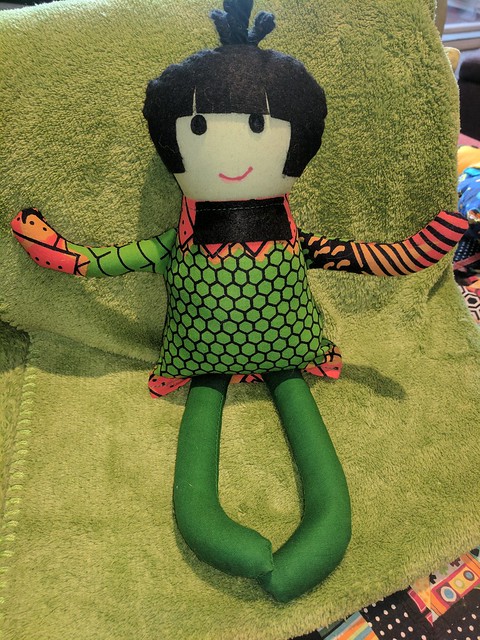 My brother's plane was, indeed, 45 minutes early so I very nearly did not even get a chance to sit down. We got home and caught up. He checked the shop and home and I took the hem out of his pants that are too long and he brought for me to hem.

We took the trolley up to Capital Hill to a restaurant I've always wanted to try - Poppy's. It's about 3/4ths of a mile from the trolley stop. And when we got there, the place was closed for a private party. So we went to another place a couple of blocks over. Bad service and ok food but a great visit. Then we walked back to the trolley and came on home.

Like me, he's a early to bed guy and his internal clock says it's late so he's gone to bed. I think I'll follow and listen to my book for a while.
Collapse