Part of this dream last night was about a woman I didn't know who said she was a lesbian. I said 'Oh really?' as in 'interesting' and she said 'Yes, Really! I have a card to prove it.' and she whipped out a driverslicense kind of card that looked very official and had her picture on it and it said that, indeed, she was a lesbian.

I'm still cracking up about it this morning.

I did not get my free Prime month because the post office delivered my package at 5:30pm last night. Wild. Glad I was wrong. Except it didn't work so back to Amazon today. I dropped it off at the UPS store after my swim.

There is a hint of Fall out there today. I know I'm rushing it but I'm so ready. It's supposed to get almost 80 today but it had better hurry. It's already 9 and only 64 and there is fog hiding the sun. Tomorrow is cooler and then Wednesday/Thursday/Friday they are saying rain!!!

I'm going back to old fashioned Gmail. For the past month I've been trying - again - Google Inbox and while it's very pretty, it just wants to do more and differently than I want to do. I keep a tight organizational reign on my email a habit left over from my work days. I like doing it my way. Not Inbox's way. So... again... buh bye.

I watched The Danish Girl this weekend. It's an exceptional movie. I even had to split it up over two days. I think that kind of gave it a bigger impact on my psyche. I've been thinking about various bits of it every since.

Regular old day here. Sewing and piddling and nothing big. I have been kind of slack on housekeeping so sometime between now and Wednesday morning when the house cleaner comes, I need to do some picking up and putting away of lots of stuff.

I got stuff done today that I've been putting off for no good reason. Like replacing the floor mat in the car which meant finding velcro (to keep it in place) and the glue gun (which always makes me twitchy) and actually doing it. Which I did. Yeah Me. And putting the rainbow friendly bumper sticker on the car. I've had it forever and really wanted one that was just like it but had the word Ally where Friendly is but I could never find one. I found the friendly one in a drawer when I was looking for something else and just put it on the car. If/when I find an Ally one, I'll replace it.

I tidied up some stuff but not all. I got everything in place for the mortgage pay off which I'll now be able to do on Thursday!!

And I made 2 dolls. Baseball starts now. Fried okra for dinner! 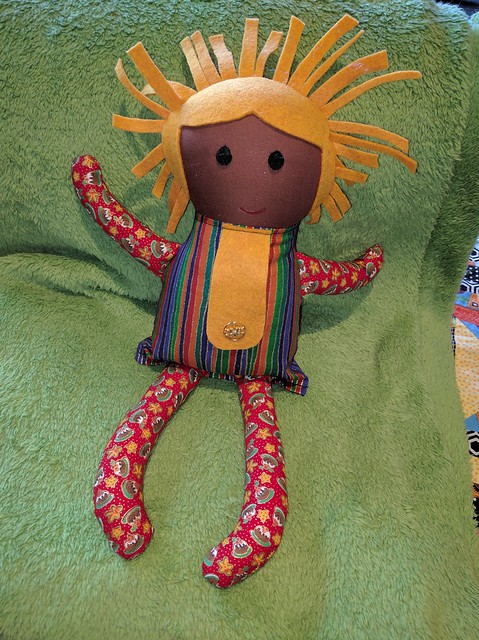 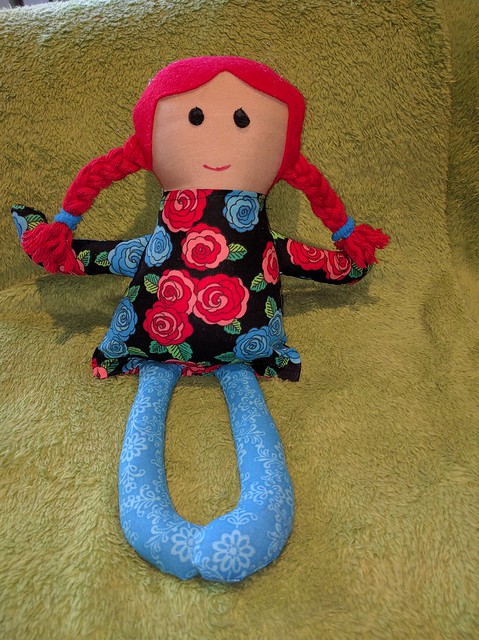