After my swim this morning, I stopped in at Safeway and when I reached into my purse to get out my credit card it wasn't there. PHUCK. I traced back my steps to the last time it was used and that was QFC on Saturday morning. At home I checked backpack, nope. pants, nope. Took everything out of my purse. nope. Phuck.

I steeled myself for the long, involved conversation with Capital One's fraud department. I gathered the card number and then went to the website to make sure no one had used it. nope and then get the phone number. I clicked on Lost or Stolen or Damaged Card. And it asked me about 5 questions and then said my new card would be here in 2 to 3 days. It will have a new number, a new CVV and it will cost me nothing. Totally painless.

Whoa! Capital One! You totally rock. Wow. Thank you. A world without talking to companies on the phone is my kind of world.

joyce broke her Misfit device and asked me about fitness trackers and I quickly unloaded all my old fitness trackers with a boatload of colorful wrist bands on her. I mean quickly. I took them right up to the post office and dumped them all into one of those flat rate boxes and off they went.

And, then, I got home and realized I'd forgotten to deactivate the most important one so when she tried to use it, it would be blocked for her. Phuck. So I sent an email to Misfit. They have been, in the past, kind of a bear to deal with. You send them a note asking a simple question and they reply with one asking for 10 different totally irrelevant pieces of info. But, they were bought out recently so maybe that's turning out to be a good thing because this morning's email said that the tracker had been removed from my account and, sure enough, when I opened the app it was gone!

So now all that's done. It's yet another cool and cloudy morning. This summer has, so far, been a winner weather wise. And less than 8 weeks left. I think I can make it.

Nothing going on this week. I had planned to make a run down to the south of the county where Ikea and Walmart (and Popeye's fried chicken) are on Saturday. I'm now thinking maybe I'll go one day this week. Maybe tomorrow.

Today, I think I'll do a load of laundry and make some dolls. Starting... now!

I actually didn't do much of anything today except sew. I feel like I should have done something else. I may make a trip down to the dumpster later but I'm not sure that counts. I don't feel like I wasted the day but I probably could have made more out of it. At least I got some dolls and a bear finished. 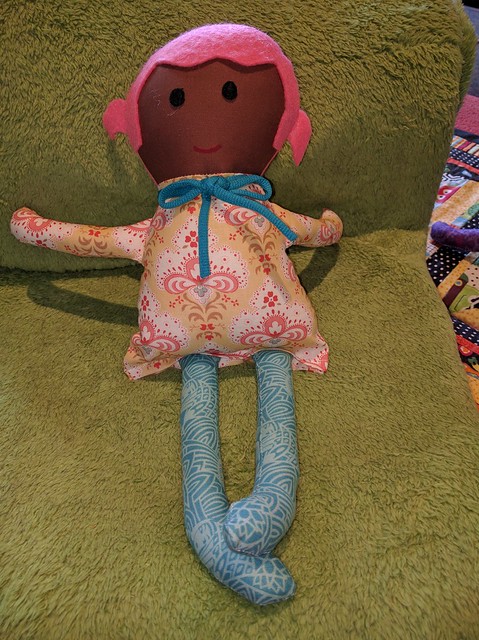 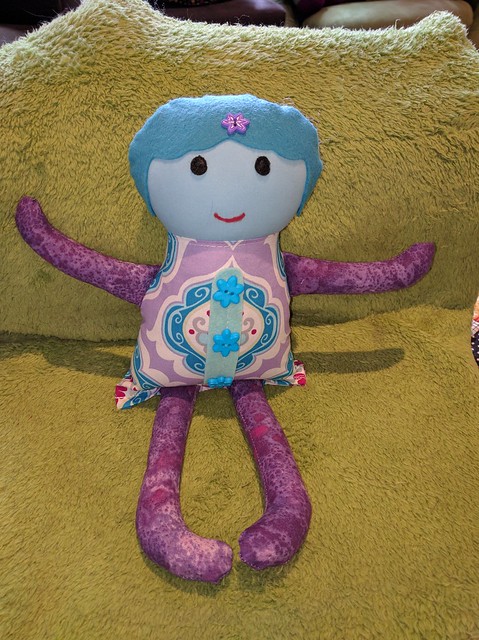 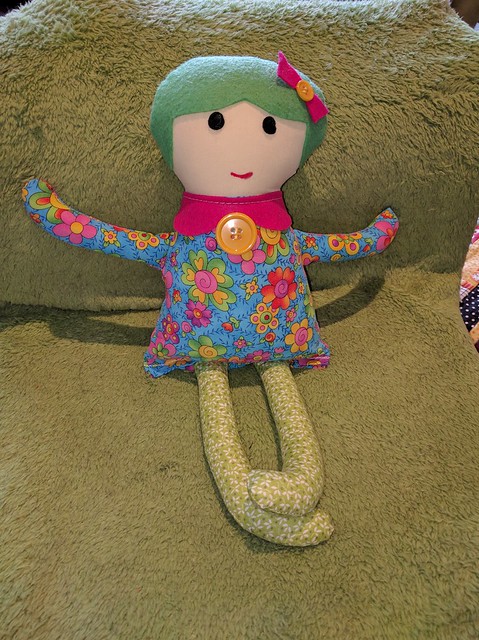 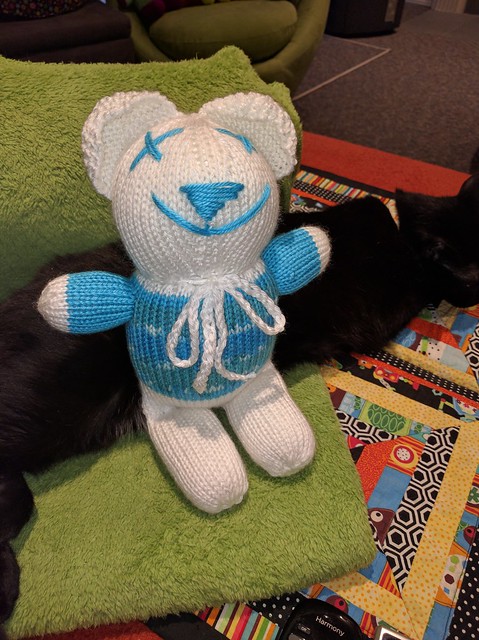