Fridays are the one day that the pool is never crowded. Until today. Yowsa. And having only one regular lane and one fat lane makes crowd control a bit wonky. But, I swam and it was fine. The ride home wasn't too bad either. First laundry load already in the dryer while second load washes.

Today is a doll sewing day. I did get a new machine yesterday. I was trying to decide between two. One was $200 more than the other (same brand, different models). They set them both up so I could actually use them which was cool. I finally decided to go ahead and get the expensive one. And then the poor store person thought to check inventory. They didn't have the expensive one and couldn't get it until the next day and the discount on the store model wasn't impressive. Sure sign if you ask me. The universe was trying to help me save some $. Thanks, U!

My paper cut, I think is actually a dry skin crack and it will not heal. Dr. Internet says to use superglue and I'm almost there. Right now I'm keeping it moist with antibiotic cream wrapped in gauze and covered in a finger condom. It's really debilitating to have a non functional thumb. I need to get better at keeping my hands hydrated. I'm just never not using them long enough to have them slathered in stuff. I guess I'm going to have to sleep with goo and gloves on.

I realized today - 2 months later - that the dude at the gym who set up my membership, misspelled my last name. He had my credit card, my drivers license and my Silver Sneakers card all of which had the name Susan Dennis and he managed to turn it into Susan Dannis. I'm pretty sure it makes not one single bit of difference anywhere but really ... misspelling Dennis? Now that's some kind of creative. 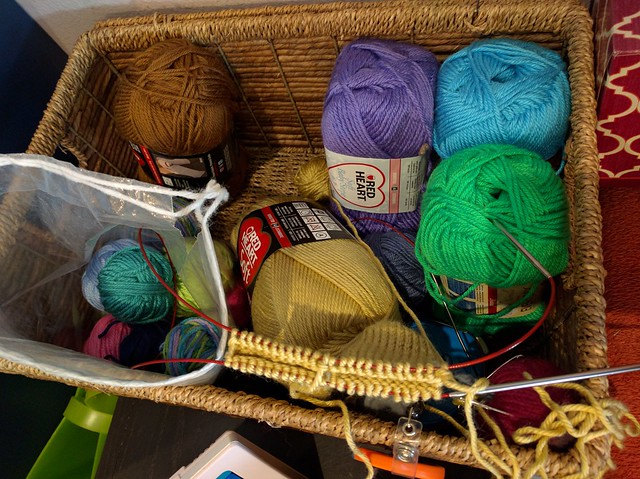 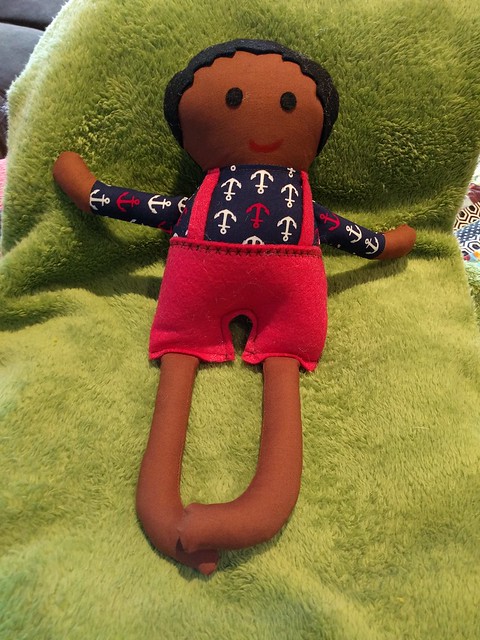 Wanna see all the dolls?

The first few comments I got about making the doll faces so many different and weird colors, I thought, er... no. And then so many more chimed in and I thought well, maybe I'm just being a fuddy duddy. And now I know it's true. I LOVE the different colors!

This is the Blue Man's elderly Aunt Etta. And I'm crazy in love with her. 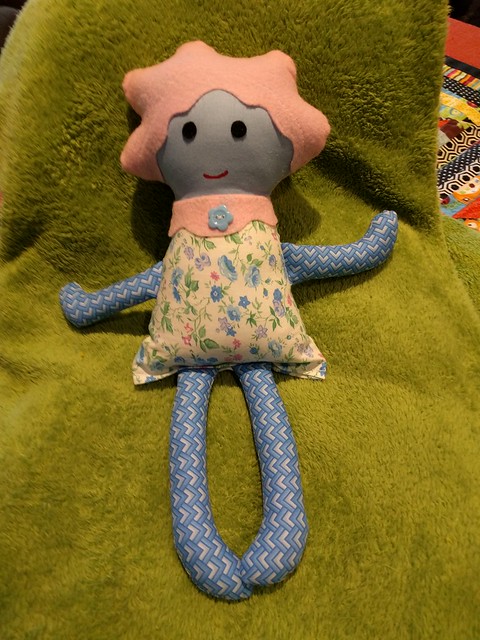 But now I am going to switch gears. I just installed the new beta android version on my tablet and I want to play with it a bit.

For years I thought that I'd never ever like something like retirement. I loved working and I loved my jobs. But, I was sure wrong about that, too. Having the time to do just whatever I want to do whenever I want to do it, is really nice.
Collapse