Yesterday I expected a crowd at the pool and there was none. Turns out they were waiting for today! Today it was packed. I was able to get in a good swim, though. My iPod Shuffle has a dying battery. It's "15 hour" battery is now down to 2. It's the one I bought in August so, hopefully, Underwater Audio will replace it without a lot of hassle.

I spent all day yesterday making a bag from a tablecloth I picked up at Goodwill. Turns out it was a bit of a fail. I tried some stuff that did not work at all but live and learn. I can make the corrections on the next one. I do love the fabric and I have plenty left. So really no harm, no fowl (hahahahaha)

My Mormon Funeral Potatoes turned out perfectly. And I have three more dinner's worth! I've never tried freezing it after the first bake. So I stuck one of the 3 into the freezer to test.

Nothing big on the agenda - actually nothing on the agenda at all. I think the house cleaner is coming tomorrow but I offered to have her push a week if she didn't want to work the day before Thanksgiving. She didn't respond so she may or may not show. I could find out for sure but, honestly, I don't care and either way is fine.

I have nothing planned for Thanksgiving - other than the usual. The pool will be open which will be a treat. Especially with no traffic. The city pools (where I swam last year) close Thursday and Friday. My gym closes early on holidays but early is like 6 pm. They open at the regular time and my swim time is totally unaffected. Yeah!

I do need to go make up my bed. I usually make it up before I go to the pool but this morning, Miss Zoey was all tangled up in the comforter and I didn't have the heart to mess with her nest. But now she's out and about so time to go fix. 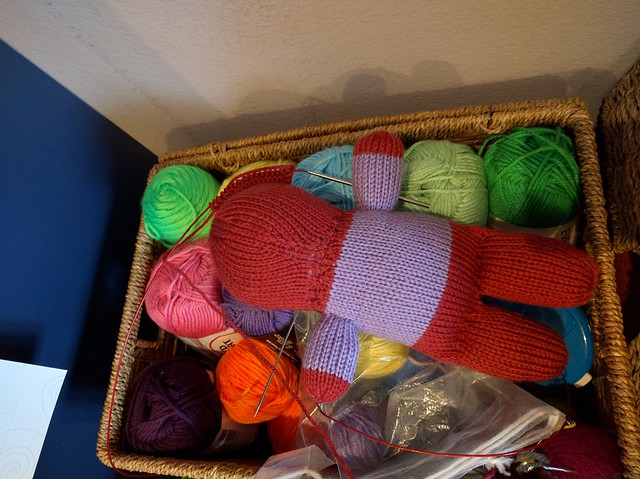 The iPod people said they would send me a replacement right away if I send them the tracking number for my return. So I packaged it up and put on my coat and hit the streets to the post office. It's massively windy out and the sun was out but not glaring so it wasn't too bad.

But, when I got to the post office, I found a surprise. The post office was gone. It's in the same historic building since forever. The rumor circulated months ago that they were going to shut it down. It's a tiny tiny branch these days anyway so I wasn't surprised. But today the sign said 'moved' and, turns out, they moved only a couple of blocks!

They moved into the old clog shop. I bought a lot of clogs in that shop over the years but they closed down about 5 years ago or more. I think the owner was from Lebanon and went home. Anyway, they completely refitted the space and it's still tiny but now tiny and new. Cute.

And I got my walk in!

I made another pocketbook today. I cut yesterday's up for parts. This one is much better. Bear time.
Collapse