Swimming starts at 8:30 today.  Saturdays are usually good.  The jerks don't really get up early. Hopefully, I can get my hour in before they get their mean shit together and to the pool.


And then I'm thinking breakfast out with my new book.  I found the Justice Sodamayer's book was available at the library last night and downloaded it.  I'm looking forward to it.  I haven't decided where yet. I may go back to Lost Lake - the place I found a couple of weeks ago.


After that, the calendar is free.  I really don't even have any errands I need to do so my plan is to come on home and spend the day with the next bear and my TiVo. 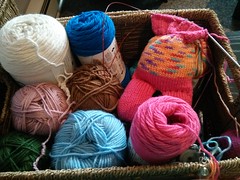 There's the old story about the family on a road trip and the little boy kept asking "When will we get there?" and the father told him that if he asked that one more time he would be punished.  The kid shut up and pondered and then asked "How old will I be when we get there?"

Yesterday I got my annual state of the state of my investments from my finance guy.  It has words and charts about how much I have and how long it will last.  Making a lot of basic assumptions (like my investments won't all tank forever at once, etc), I can live until I'm 75 without touching the principle that is the foundation of my current income.  Actually in two years, I'll start getting social security and reduce the amount I'm taking from my investments so that might even stretch it out to 76 or 77.

I remember so well when the idea of living past the age of 27 seemed pointless.  (Seriously.  Since at the time we were advised to never trust anyone over the age of 30, I figured why bother even getting there.  Ahh youth.)

I honestly have no intention of making it to 75.  But, if I do, according to the charts and graphs, my money, at my current spending rate (plus inflation) will only last 30 years after that before it's all gone.

I'm enjoying life at my current spending level. I don't particularly want more and don't feel compelled to live on less. I am more interested in having enough money left to die comfortably than to live longer.

I've been watching Showtime's Time of Death and it's fascinating. I don't think I'm afraid of dying, but I don't think I'm in any position to even know that for sure.  I am really interested in how those who are looking at the whites of its eyes feel about the prospect.

Not depressingly but more with curiosity and maybe a little more awareness of my end coming a whole lot sooner than later, I wonder about how old I'll be.
Collapse