Last night I watched the first 2 hour episode of Silk (Masterpiece Theater).  It's a legal show but British.  It took my ears about 30 minutes to get to where I could understand more of the dialogue than not.  And the British legal system is different enough that that took some translation as well.  But the show is excellent and since it was PBS, no commercials so I was thoroughly sucked in.

Every night before I got to sleep, I spend an hour or so listening to an audio book. So I left legal London for British crime.  My current book is Jane Casey's The Burning. The book takes place in contemporary England and the reader is one of the best I've listened to.  The various characters all sound very different from each other and very British.  And the story is very compelling so I get sucked in instantly as soon as I turn it on.

So I should not be surprised that my dreams were all with a British accent!!  ha. Cracked me up - even while I was dreaming!!

I am getting better at American to English translation.

It got very hot here yesterday.  I took the trash down to the dumpsters in the garage and it was really hot in the lobby and the halls.  Today it is a bit rainy out and cooler. I'm ready for The Fall Cool Down!

Today the pool does not open until 11. I have the bears all bagged up and ready to be dropped off on the way to the pool.

Tomorrow is Chef Anita day and the day I take my car in for its annual checkup. 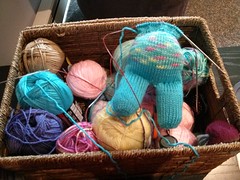 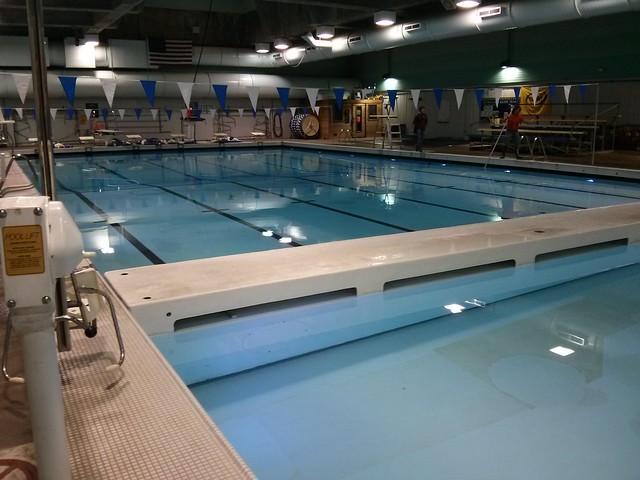 It was so good to get back in the pool today.  I got there way early - they hadn't even put in the lane floats yet.  I took some pictures to document...  The foreground is the shallow end or teaching pool.  The rest is where I swim laps.  (I had an eye opening comment swap with

venta about swimming laps. I was confusing her as she thinks of a lap is going around - like around the edge. What I call laps, she calls lengths which makes WAY more sense! )

The outside lanes - the ones closest to the edge are reserved for slower swimmers and the middle lanes for the speed demons.  So, generally I swim in the very farthest lane in this photo over there where you can barely see Erica vacuuming with her long pole.

It was a great swim and I met Chuck who is apparently a new lifeguard.  He came up to me as I was leaving and said 'so I take it you are a regular.  My name is Chuck, what's yours?'  I'm not sure how it picked up on my regularness but it was lovely of him to introduce himself.

He was also teaching the aqua jogging class but I'd done my 60 laps and didn't have the energy to break in a new instructor.  I did see Madaline and Judith and managed a bit of a visit.

I had taken a bag full of Betty's cat food that Zoey won't touch in for Madaline but she said her cat wouldn't like it either so on the way home, I passed a new homeless/tent camp and stopped there to see if anyone had cats.  The people at the entrance said 'she does!' and pointed to a young lady who was delighted with the cat food. Nice.

The bears were all turned over to the 'adoption agency' and now I'm having lunch.
Collapse