It may be too early to bitch about the impending Federal Holiday.  I should just write a generic holiday rant. I don't like 'em.  And we're heading into the season.  Pools close.  Services stop.  Deliveries stop.  I don't like the stops.  Ok, I'm done.  No more.

I do have one fun thing scheduled for this weekend.  Two great gadgets - Engadget and Gdgt - are having an event that's like a teensy weensy CES on Saturday night about a mile from here and it's free and I'm quite looking forward to it.

Today the pool is open at 11.  I'm trying out a new music delivery system. I got this waterproof bag and am going to try out using my old Sansa player in it. The hardest part of figuring it out was trying to noodle out how to attach it to me in a way that wouldn't get in the way.  I finally figured out that I could get the tether string over my head and shoulders so the bag can go around my waste.  If it works, it could be great because my Sansa player is a great player and being able to use it will be fine. 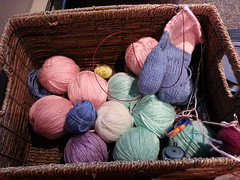 Use it or lose it. I used to be the Very Master of Calendar Integrity.  I learned early on in my career how to manage my calendar and schedule so that I never missed anything and was never ever late.  Seriously, it was a mad skill.  Now that I have no schedule, I have totally lost the skill.  Today I had two things on my plate.  Swimming at 11 and massage at 12:30.  I somehow managed to nearly be late to my massage.  I got there on time but out of breath and stressed like a frickin' piano wire.

But, Ruth, the masseuse fixed everything.  She's a swimmer so I got good swimming info and a great massage.  My lower back had a problem and my neck and she fixed both perfectly.  Note to me:  quit being such a whiner about massages.

I do need to work stretching into my daily routine - especially on the days when I swim early and then really don't move much for the rest of the day.  I can stretch without the breathing problems that walking uphill or climbing steps or doing shit fast causes.  I just need to do it - about 3 ish every afternoon and I will.

I've been combing in the internets for info on  the Nexus4 and T-Mobile and prepaid and postpaid services.  It looks like the phone might be here tomorrow and the sim card next Thursday so I'm likely going to a T-Mobile store and see if I can score a sim card (and then send the mailed one back) before next Thursday.  Turns out there's a T-Mobile store on the way home from swimming on Saturday. It sounds like the actual stores don't really deal in stand alone sims but it also sounds like T-Mobile is changing their rules daily so maybe...  It does not appear that there is any difference in service between prepaid and postpaid except the prepaid has better (cheaper and more stuff) options.

There's a football game in the stadium across the street tonight so the neighborhood is getting whacky early.  I'm in for the duration.

They are cutting off our electricity again.  Service Interruption.  I have now lived here for 21 years and gotten my juice from Seattle City Light for all of those years.  Until 3 years ago, that service was pretty nearly solid with no breaks.  Hell, we didn't even lose power during the big earthquake of 2011.  Starting about 3 years ago, Temporary Service Interruptions seem to be their constant gift. I think this will be our fourth or fifth. I'm losing count.  This one is apparently for only 3 hours - 3-6 am.  But, of course, everything will have to be reset and rebooted and restarted and re-everything.  It's not critical - I don't need power when I sleep and I have plenty of time do re-do everything and the worse thing that happens is that I sleep through my backup phone alarm and miss early morning swimming and have to go at 11 instead.  But, still... it's annoying.

However I am massage mellow so while I was all ramped up about it before, now I really don't care.
Collapse