I had the alarm set for 6:30 but I didn't know anything until 7.  My stuff was all ready so I brushed my teeth and sucked in my inhalers and suited up and hit the road.  It is amazing how much nicer the trip to the pool is at 7 than it is at 11.

I still managed to get in a good 45 minutes of laps and it was great.  Also not crowded. I had a lane to myself.  I kind of like sharing a lane and having another person to pace with.  Today, the person in the lane closest to mine was speedy fuckin' gonzoles.  She was doing two laps in the time I was taking to do one.  not at all good for pacing but amazing to watch.

I really am coming to love swimming laps more than I like the aqua aerobics classes.  I like the classes when the instructor is great but less than that, I'd rather be stretching out and doing my thing in the lap lane.  I used to think it would be so boring but instead I really get into the pace and the soft feeling of water across my body and the whole zen of it all.

Betty was not happy that I did not feed her before I left.  I do need to get up earlier and fix that.

I think today is haircut day.  Other than that, no big plans. I'm just glad to be out of holiday mode. 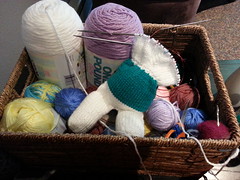 I hate getting my hair cut.  I hate making small talk. I hate that the one woman who does a nice job is so difficult to get.  And today was a fail.  And the second choice was perfectly fine except I was pissy to her because of the fail which was no fault of hers and then I was pissed at me because I was such a bitch.

And this was after, I went into a deli across the street to kill 30 mins. It was 10 am and the joint was NOT overflowing. I got water and after 15 mins during which I was, apparently, invisible, I just left.

Then I stopped at McDonalds on the way home to get a conciliatory burger only to discover they have discontinued my favorite ones.

But all of this was peanuts in comparison...  I did my daily check of the CES website (actually, this was the second time today) and they have the hotel list up!!!  The CES rates are 50% of the normal cost so it's nuts not to use them.  I clicked through to the Encore and then to the Wynn and both said that they had no available rooms for the event.  WTF?????

So I called and got a really nice guy who said he thought they didn't go on sale until tomorrow.  WHEW and he put me on hold while he checked.  After a long while he came back and said, yep, tomorrow.

And then... the bus turned...  I went back to the CES site to get the exact wording to paste into here and BAM! Both the Encore and the Wynn were open for biz now!!!  (I'm thinking my call triggered some dude in the back room "FUCK!!  That was today, wasn't it!!  Crap, lemme check that 'publish' box and save!")

Then I had to make the decision Wynn or Encore.  I'd been pro and conning this since we got home last year.  The Wynn is older but I thought it might be nice to try it.  But reviews and details changed my mind.  Every 'wynn vs. encore' discussion I could find voted for Encore and the rooms available have 200 square feet more at the Encore. So Encore it is.  Booked it.