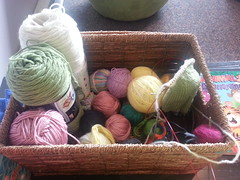 The post office has some very fun new stamps out - Disney cartoon characters - the Smile Campaign. Someone over on G+ posted a photo and I thought it would be fun to lay in a supply of those for those very few times I mail stuff.

Here's where I discover maybe part of why the post office is having financial woes...

I could get them online.  They show a bascillion different stamps to pick from but the ones I wanted weren't on the list.  I finally found them via a search because I knew the exact name of the campaign.

BUT, I can't buy them online because I have an old account that I cannot access (I don't know the password and their 'i don't know password' function doesn't work) and I can't open a new one because I already have an account.

I know that the vast majority of their revenue comes from businesses and us little stamp buyers who rarely send or receive mail are not at all the problem but really?  No fun stamps for me.

Today I have a swim class at noon and, honestly, that's it.  Retirement, like most anything else, is what you make it.  Obviously, my production nums are low!

I'd like to get a manicure but I hate sitting there not able to use my hands, making chit chat with someone I don't know.  And paying for the annoyance.

One retirement thing I'm trying to learn is grocery shopping.  I desperately want to quit stockpiling for the apocalypse.  I have food in this house I will never eat.   I have the time to go to the grocery store every day, if I want so there is no need to shop for a month at a time. My fridge and freezer are getting there.

This week I'm going to empty out my pantry shelves and trash everything that is not essential.

And then I'm going to start using the just-in-time inventory model.

In the 50's in the South, religious differences were totally confined to Christian denominations.  We knew no Muslims at all.  The Kaplans were the only Jews in the village and while there were enough Catholics to fill a very tiny school, the very fact that they went to a separate school took them right out of our lives.

Religious wars were Baptists bitching at Presbyterians and Lutherans and those three being oh so catty about the Episcopalians.  It was the South.  The only things people cared about were Who's Your Daddy and What Church Do You Belong To.  If you were an ax murder, and had good answers to those two questions, you could join a country club and dine with the finest folks in town.  If your answers weren't good, your chances were nil no matter who or what you were.

When I was a teenager, we went to on a Grand Summer Trip to Europe.  Part of that was Italy and part of that was Rome and part of that was The Vatican.  Daddy had a Catholic friend who had some pull and we had an audience with the Pope.  I was all hyped about it cause in pictures he had cool outfits but then I learned that 'audience' meant church service - yawn.

It wasn't a great pope - John the 23rd, made famous in my history classes by Kennedy - was dead and this was Paul VI (I had to look that up - all I remember was that he was a minor Pope).

It was actually kind of fascinating to watch the other people in the 'audience'.  The Catholics - it was a BFD for them. I was particularly taken with the nuns.  I knew a lot about nuns cause I had seen them in lots of movies.  It was weird and interesting to see live non-movie ones all done up on their nun duds.

For me it was more like field trip to a strange cult.  My Parents bought us rosary beads to take so they could be blessed by the Pope.  When I learned we could not wear them as necklaces, I was totally baffled.

All this pope talk in the news is transporting me back half a century!
Collapse