***+UPS tracking web service is down??!!!! how can i see my 'out for delivery' notice and obsessively hit reload all day until it magically morphs into 'delivered'????!!!!!

The Kindle Fire and I are bonding nicely.

It's interesting to me how/why it has so many detractors. Having spent some quality time with an iPad, a larger android tablet, smaller android phones and a pc with a touch screen, I think I have a good frame of reference.

It cannot make phone calls, it cannot take pictures and so it can't skype or hangout. There are a lot of apps in the app store but most are phone apps and don't behave that nicely on the larger screen. There is no access to the Android Market so a lot of those apps aren't even available.

But... as an ereader, it rocks. For audio books, it's great. I have found enough fun apps to keep me occupied. It just does what it's supposed to do and does it nicely without a lot of fiddling. And stuff (soft buttons, etc) is where it should be and it's snappy. It is well worth the $180 I paid.

london1952 and a couple of other people have, recently, suggested that I add more detail to my brunch reporting. So I think I'm going to give it a go.

http://brunchseattle.blogspot.com/ is open for biz.

The first entry will be Saturday.

machupicchu is meeting me at the Wild Mountain Cafe after I finish my swim.

And speaking of swim. After using the leg floats that Montrel (instructor at my pool) pulled out for me from his secret stash, I decided to get my own. They fasten around your ankles and provide a lot of buoyancy. A whole lot. So my legs and torso have to work hard to keep vertical. They are working my balance pretty good, too.

The ones I ordered arrived yesterday. And they will get their inaugural run today. As long as I'm going to be in the pool doing this stuff every day, I might as well get the most out of it that I can!

The pile driving continues but it is not nearly as invasive as it was. I can hear it if I listen, but I've gotten so I really don't. And it no longer jiggles my ass. The site is changing every day. The Tree That I Hate does not yet have buds on it but soon it will and I won't be able to see a thing. 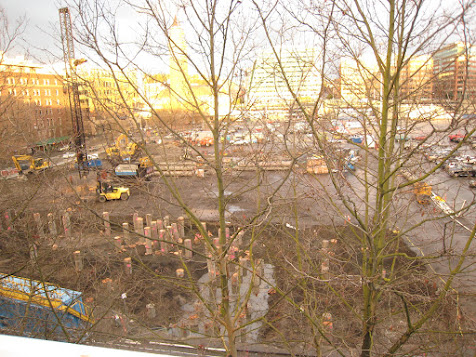 This entry was posted on Google+ and automagically ported here. All of it, including maybe links and photos can be found at this link (https://plus.google.com/110340962945642622580/posts/BeQMFUDR6uA)

***
This just busted my cute meter into about a gazillion pieces.

This entry was posted on Google+ and automagically ported here. All of it, including maybe links and photos can be found at this link (https://plus.google.com/110340962945642622580/posts/cmFVoMzah4E)

***
this daylight at 5 pm is throwing me off.
Collapse