This is a tough one because I’m not sure I have a lot of well formed thoughts. I am not a fan of jazz music or of dance - particularly modern dance and ballet - just does not do it for me. I’m not connected really to any music. I don’t love the theater but I do enjoy a good musical.

I do love a good acappella harmony somewhere between beat box stuff and barbershop - I just love harmonized voices. I also like choir music.

I like bold colors and bold lines but also appreciate impressionism. And illustration drawing. I love this woman’s work… https://www.etsy.com/shop/sonyaseattle 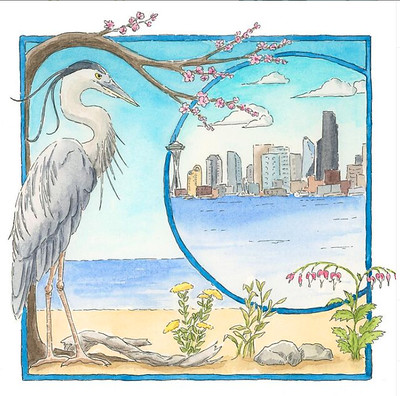 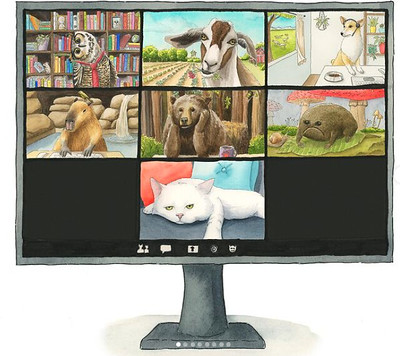 I think my favorite visual artist of all times, though is sculptor Duane Hanson. I've seen some of his pieces in person and they are just amazing. Google has a lot of good images of his work.

How’s that for a comprehensive, coherent explanation?! 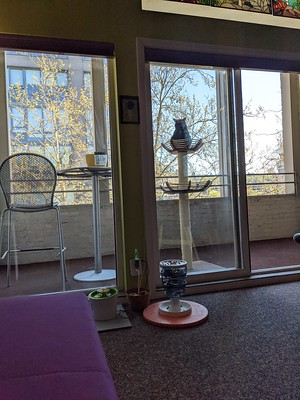 I got a TEMPUR-Ergo® Smart Base Adjustable Power Base. It's an adjustable base on steroids. And, I spent $250 extra for a 10 year maintenance contract. 10 years - anything goes wrong, I pick up the phone and give'm a call and they come fix it. And, at the end of the 10 years, whatever of the $250 I haven't used, I get in store credit.

It was just everything I wanted including Alexa support and integration with Google Fit plus silent and smooth and a lovely remote plus the app has a remote, too.

I knew if I didn't get it, I'd go to sleep every night wishing I had. I know I should have shopped around. But Ashley was so nice and sweet and not pushy at all and full of answers and very helpful and just perfect. I hope she is on commission and gets a big one for selling me my bed.

My mattress is fine so I didn't even consider a new one which helped in the shopping and decision making. Turns out my sleep number, with everything included is 2,203.88.

They will bring it to me on Monday.

I got poke for lunch.

Biggie is getting very bitey. The quick chomp and run but he breaks the skin and it hurts. It's got to stop. I have at least gotten so that I can usually tell when he's going to do it. I have squirt bottles everywhere and only squirt after the fact. But, today, we're taking a new tact. No more petting, no more walking over the keyboard, no more walking over the table. When he gets close I hold up the squirt bottle and he backs off.

It's not like he wants my attention because he bites and runs and does not stick around for attention. I do wonder if he needs another cat. A kitten? or a cat? I'm pretty sure I do not want another one, and what if it they don't get along? 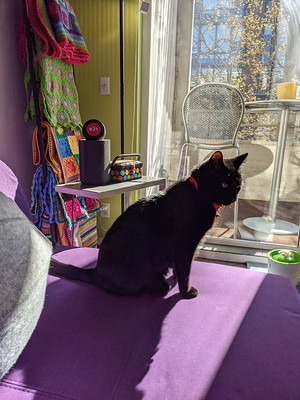 Today there will be bed shopping. Not buying. Shopping. I'm assuming my bed will fail again and as much as I liked Gary, I'm not sure I want to throw another $200 bucks at this bed. So I want to be armed with info. There are basically two bed shops in town. One is Mattress Firm which bought up all the rest a few years ago. They have a bunch of stores sprinkled all over town. My expectations are low. The other is the one that screwed me over last time. Not going back there.

Alternatively, there is a shopping area south of here that has so many options, I'm not going to even try that until after I try a Mattress Firm store. So today, I'll pop over to the closest one and just see what the deal is. And pick up some lunch while I'm out. That's enough excitement for me.

Oh the other excitement is that tonight is the first soccer game of the season (at the football stadium across the street) and there is a Mariner game (at the baseball stadium two blocks down). We might even have traffic issues in the neighborhood like the olden days! Both games have very limited attendance but I gather the soccer game is going to have some pregame stuff outside the stadium. They are going to block off the road at 4. That's the road my garage empties on to. I have a Let Me Through I live Here sticker but best money is to just not take the car out. 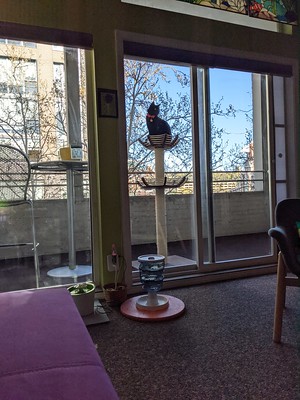 I bought a whole pizza at Costco. I froze the slices. I tried this method and that to revive them into tasty slices. On the last two pieces, I hit it.

Two from the freezer into the microwave for 1 min.

Crispy on the bottom, pillowy on the top. Perfection.

How many of your LJ friends have you met in person, and which ones?


Gosh that’s a great question and I’m sure I cannot give a full and accurate answer mainly because I don’t remember, but I can tell you two very fun instances…

unzeugmatic was a mutual friend picked up along the way. He lived, I think, in Michigan? Minnesota? Anyway, he sent me a note out of the blue saying he was going to be in Seattle. He was meeting his parents (who were in Chicago?) here for an architecture event of some kind and he wanted to throw a party so his parents could meet his Seattle friends. Could he please have it at my house? OF COURSE! He brought all the food and all the booze and did all the invites and it was a FABULOUS party! I had never met him or any of his friends (some LJ some not) before. So it was all particularly delightful.

One LJer I met because of that party was

ljtourist who was invited but didn’t come - out of town? Somehow we hooked up after and while he’s abandoned LJ (as has Steven (unzeugmatic) Frank is a still a great good friend.

But even before then,

pinkfish and FJ! who had been mutual friends for a long time (and were a couple then) had a party at their home in Oakland. I had a web cam or two set up in my living room for my Mom and they figured out how they could get the feed on their TV set so they “invited” me to the party! They could see me but I couldn’t see them. It was great fun anyway. I did meet each of them years later when they were no longer together.

howeird and I’m surely leaving out some.

But I can tell you that before I joined LJ, I knew no one who used the service and the only LJer I knew before he started LJ is my brother (

In the past week my TV has spontaneously rebooted a couple of times. This morning I turned it on and while it was clearly on, there was no picture and no sound. PHUCK.

At the time I got this, I really wanted an Android TV and they didn't sell 'em here in the US so I got the Roku. Now I'm sold on Roku and don't want to change. Plus I don't want a different size. Looks like now, Roku TV's are not nearly as prolific nor are TCL's. And while I'm predisposed to buy from Amazon, it looks like Best Buy might be the best buy.

But, I'm not doing nuthin til this one is no longer watchable.

I feel like I'm living in Trader Joe's land. At Trader Joe's has mostly all store branded stuff - you can't buy it elsewhere. When you love one of their products, chances are good it will soon be discontinued. In my house, all the stuff I love is breaking! I don't even want to think about what's next.

Yesterday's Bed Trauma Day is followed by today's baseball day. The double header starts at 9:30 which suits me fine. Two 7 inning games. So that will be my day.

The bed worked great last night. Such a relief. This morning, however, I did notice that the treadmill belt had slipped back over to one side. Not horribly but it does need to be fixed. Gary showed me how to do it yesterday and now, re-reading the manual, it makes perfect sense. So that's on the menu.

And someone needs to take a load of trash/garbage down to the dumpsters. I guess I'll do it this time. Biggie is too busy at his neighborhood watch job.

I could use a trip to the grocery for a handful of things but I don't think I can squeeze it in with all the baseball so it will just have to wait. I'm not going to starve and I still have enough eggs.

The sun is streaming in and feeling summery this morning. I keep a bottle of water in the car that I sip from. In the winter it's nicely chilled all the time. Soon it won't be any more. BUT, on the up side, I can soon switch back to regular butter and it will be very spreadable all the time. (I keep my butter on the counter always. In the winter I use some high priced stuff that is easier to spread when cold.)

As much as I bitch about hot weather, I do appreciate the changing seasons and the fact that our summer is not nearly as horrible as most.

After I put the bedroom back in order and sat down to catch my breath... I am going to sleep good tonight unless my getting up and down off the floor and squishing under the bed muscles start screaming.

I remembered that today is episode one of the latest Great British Sewing Bee. Found the download from the same kind soul who made all of last season's episodes available to us outsiders.

One of the contestants is a Dinner Lady and the phrase was used enough and enough times that clearly Dinner Lady was something. Noe something I'd ever heard before but something.

Then Google told me that Dinner Lady is really a Lunch Lady! That makes tremendous sense but not something I'd have noodled out on my own.

Also I learned that Buffet Dresses are a thing and a quite popular thing. Again, missed the memo. Although I'm quite a fan of the style. I made my own version in about 5 different variations last Summer and wore them every day and will likely wear them this year as well.

Lovely way to tie up a day that was mostly Stress City. Now I need to clean up stuff and then maybe just watch the news and knit
Collapse